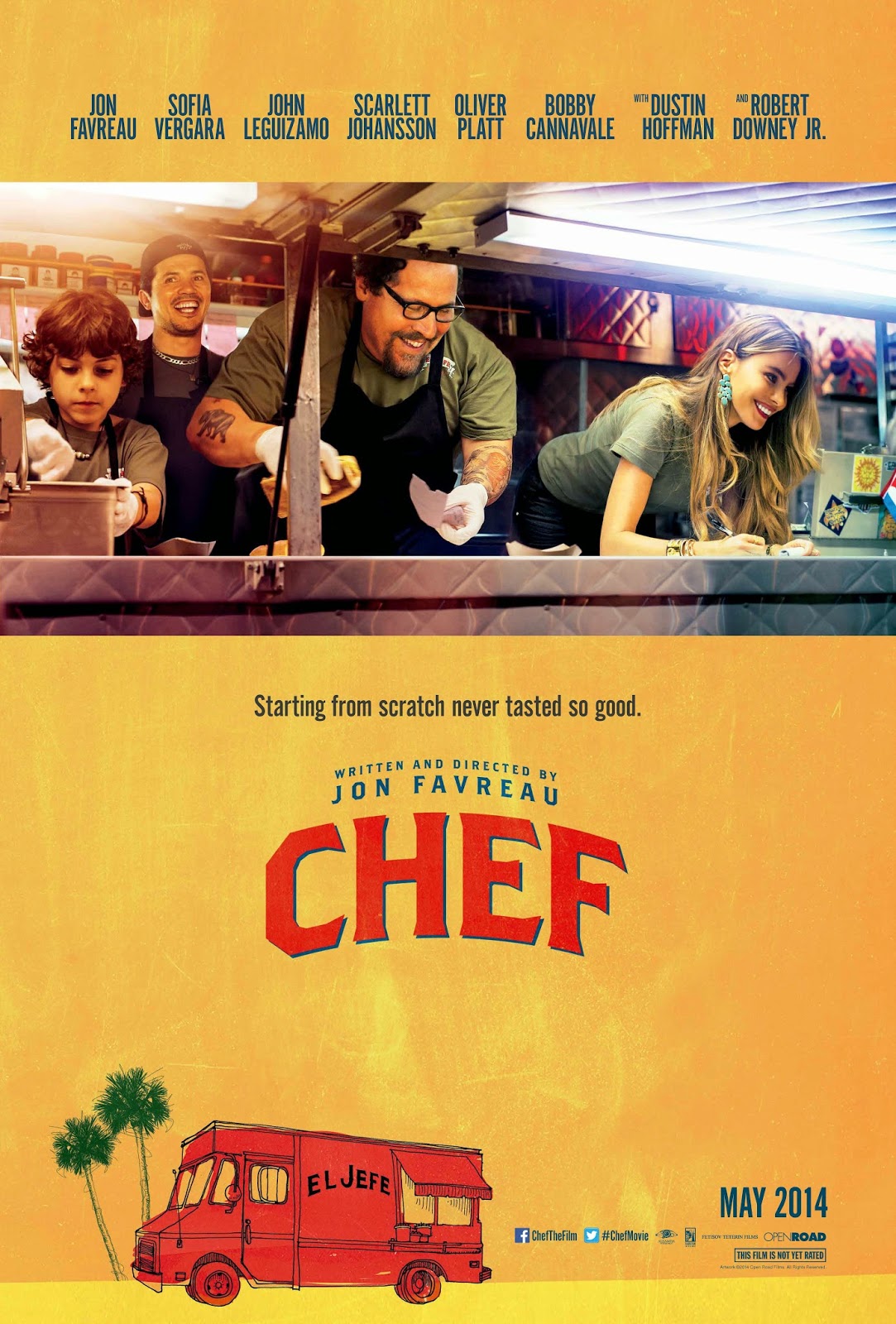 Universal Studios recently announced that "Chef will be hitting DVD and Blu-Ray Combo Pack in September. The film is the latest from Jon Favreau (Iron Man) and stars Favreau, Sofia Verggara, Jon Leguizamo, and Dustin Hoffman.

Special features on the DVD and Blu-Ray include deleted scenes and feature commentary by writer and director Jon Favreau, and chef and co-producer Roy Choi.  "Chef" hits stores on September 30th.

A disenchanted master chef reclaims his love for cooking and his family during a rollicking road trip through some of America’s most mouthwatering food destinations in Chef, coming to Blu-rayTM Combo Pack, DVD, and Digital HD with UltravioletTM on September 30, 2014, from Universal Studios Home Entertainment. Writer, director, actor Jon Favreau (director Iron Man, Elf) stars in this heartwarming comedy with something on the menu for everyone. The Chef Blu-rayTM Combo Pack include uproarious deleted scenes, as well as feature commentary from Favreau and the film’s technical advisor and co-producer, food-truck pioneer Roy Choi.

An online feud with an influential food critic (Oliver Platt) and a creative disagreement with his investor (Dustin Hoffman) convince Carl Casper (Jon Favreau) to hang up his apron at a posh Los Angeles bistro and get his mojo back in Miami’s Cuban-inspired cuisine. When his ex-wife (Sofia Vergara) helps him get a fresh start with a rundown food truck, Carl and his best friend and sous chef Martin (John Leguizamo) head across the country with Carl’s young son Percy on a culinary adventure that helps Carl rediscover what matters in life.

The Blu-ray™ Combo Pack includes a Blu-ray™, DVD and DIGITAL HD with UltraViolet™.

• Blu-ray™ unleashes the power of your HDTV and is the best way to watch movies at home, featuring 6X the picture resolution of DVD, exclusive extras and theater-quality surround sound.

• DVD offers the flexibility and convenience of playing movies in more places, both at home and away.

Bonus Features on Blu-ray™ and DVD