Fantasia 2014: Official Trailer and Stills for the Horror/Comedy "Housebound" 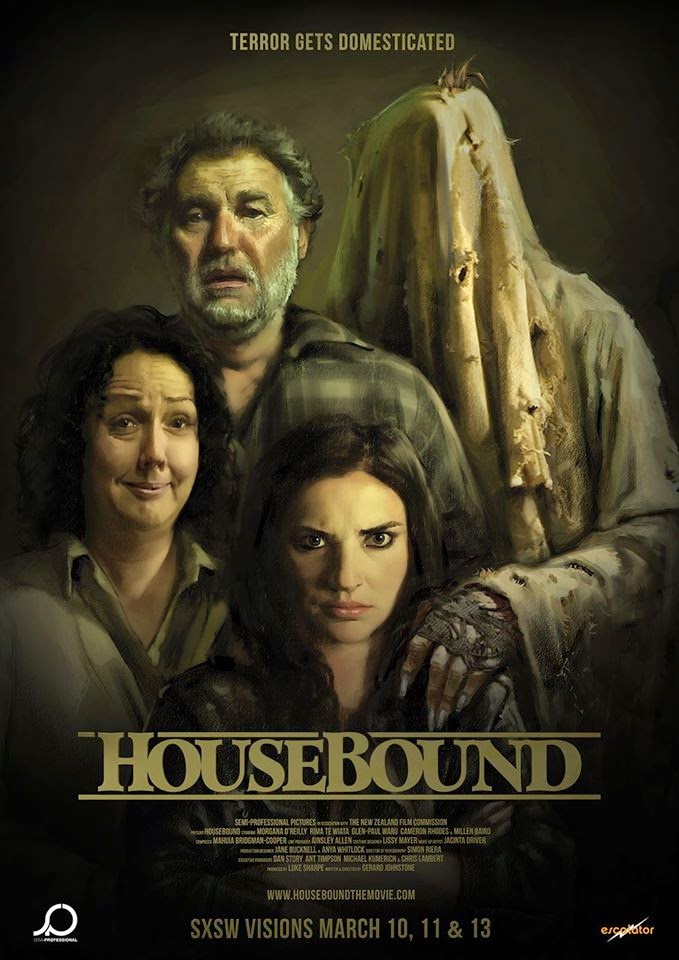 XLrator Media and Semi-Professional Pictures recently released stills and the official for the horror comedy "Housebound", which is playing at this year's Fantasia International Film Festival. The film recently had its world premiere at this year's SXSW Film Festival. It stars Morgana O'Reilly, Rima Te Wiata, Glen-Paul Waru and Cameron Rhode.

"Housebound" will be playing on August 3 at 9:45 PM at Concordia Hall Theatre in Montreal,QC. The film be distributed in the U.S. by XLrator Media. "Housebound" will hit theaters in limited release on October 17th.

For more information on the film, you can visit the film's official Facebook page at: https://www.facebook.com/houseboundthemovie .

Restless delinquent Kylie (Morgana O'Reilly) finds herself in juvenile court and gets the proverbial book thrown at her. Sentenced to house arrest in the home she grew up in – and would prefer to never revisit – Kylie returns to live with her absurdly doting mother Miriam (NZ comedy legend Rima Te Wiata) and her schmucky boyfriend. She also finds herself living with a decidedly unfriendly spirit who seems to be every bit as unhappy about this new situation as she is. Thankfully – sort of – the security guard in charge of monitoring Kylie’s whereabouts also happens to be very much into amateur ghost-hunting. Whatever happens, Kylie can’t go very far. The tracking bracelet locked on her ankle makes that certain. She’s got no choice but to remain home. And deal with everything that’s coming.