Fantasia 2014: Haunting Stills for the Supernatural Horror Film "The Drownsman" 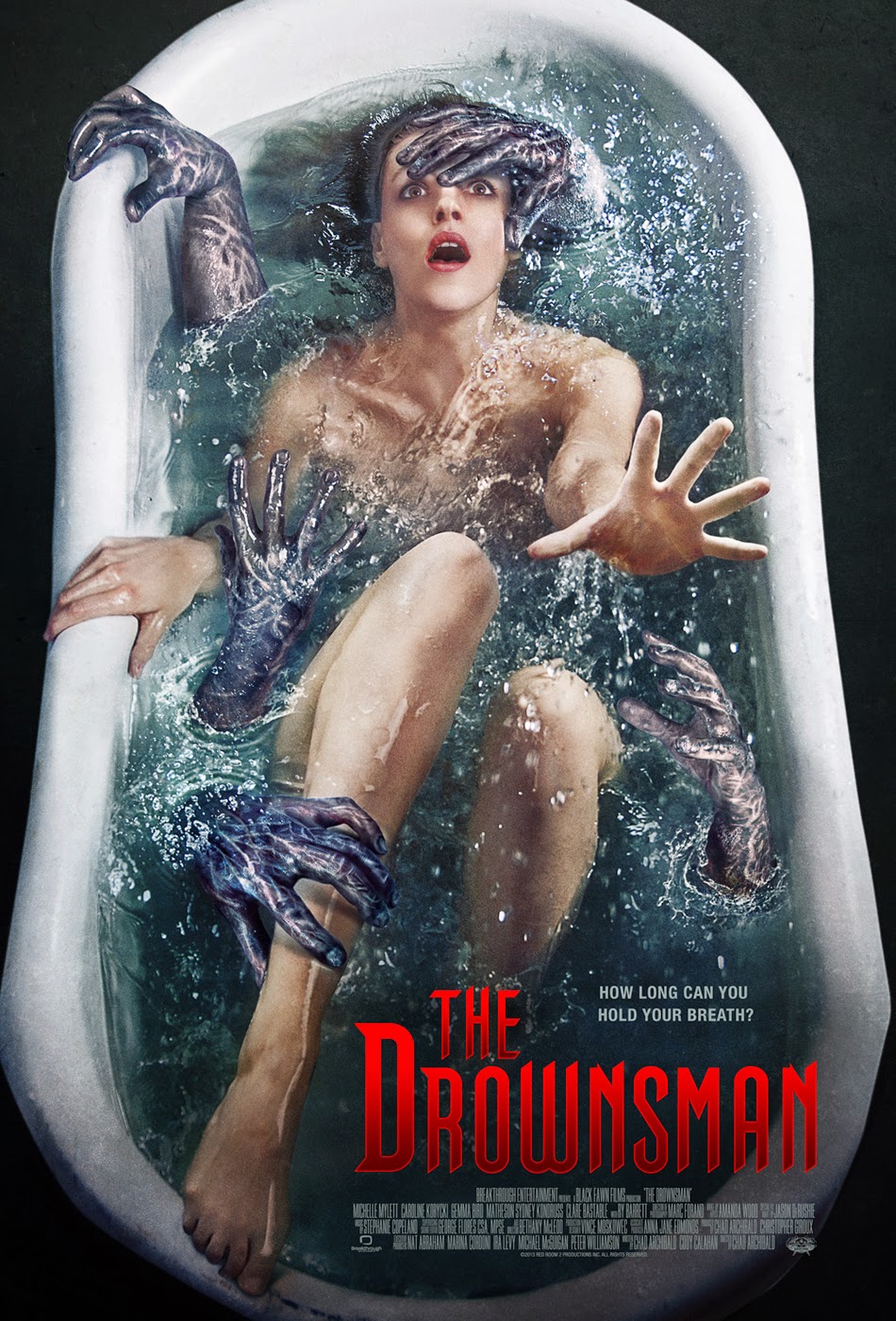 Black Fawn Films recently send us over stills for their upcoming "The Drownsman",which will be making it's world premiere at this year's Fantasia International Film Festival. The film is the latest from director Chad Archibald, who directed the very entertaining horror film "Antisocial". The film reunites him with "Antisocial star Michelle Mylett. Caroline Korycki, Gemma Bird Matheson, Sydney Kondruss also star in the film.

"The Drownsman" will be making it's world premiere on 2nd at 5:15 at the D.B.Clarke Theatre in Montreal, QC. No U.S. release plans are known at this time

For more information on this film, you can visit the film's official Facebook page at: https://www.facebook.com/TheDrownsmanMovie.

After almost drowning in a lake, Madison finds herself bound to a life of fear. Unable to describe what happened to her during the moments she was underwater, Madison begins to develop hydrophobia: an abnormal fear of water. Crippled by her post trauma, Madison attempts to shut out the world around her but, her fear intensifies when she begins to be haunted by the vision of an evil figure. After watching her struggle for over a year, Madison's four friends stage an intervention in a desperate attempt to help. In doing so, they accidentally open a floodgate to a dark place where none of them are safe. As Madison and her friends dive deeper into the dark history of the evil that haunts them, they’re dragged one by one to a horrifying place where they may never return.