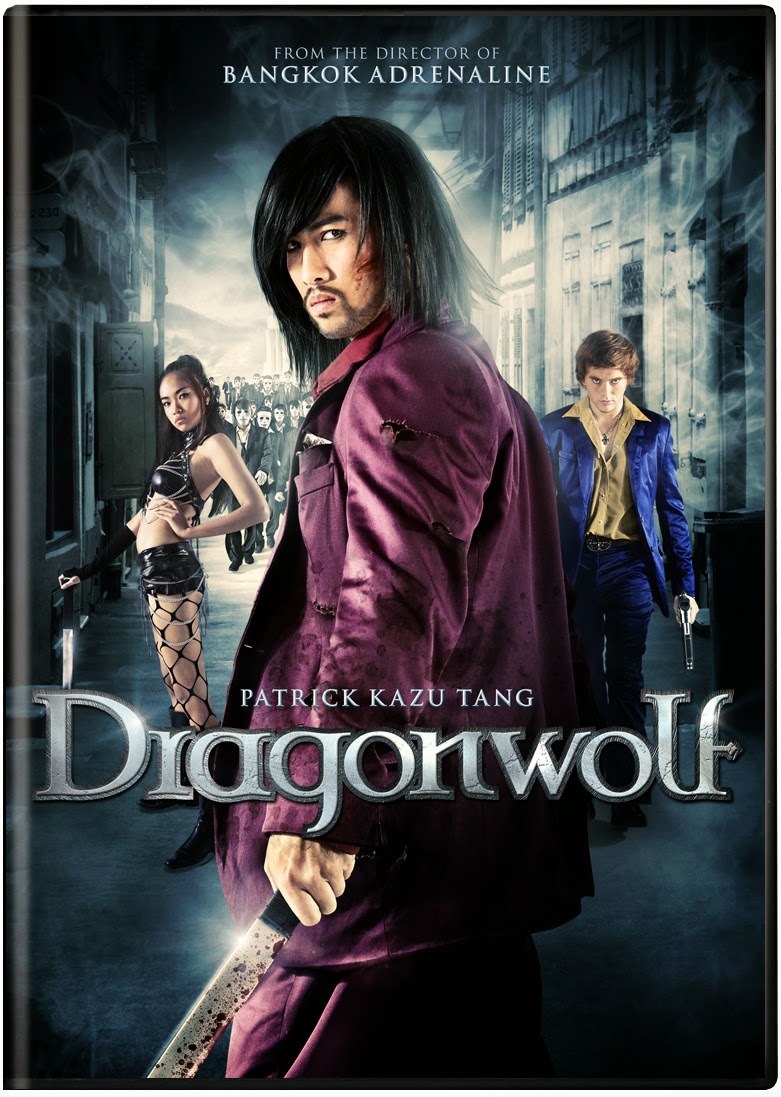 Plot: The Devil's Cauldron - a city of depravity and violence, where only the lethal survive. Two hit men rule these streets, feared by all but loyal to one another. When a beautiful woman seduces them both, they turn on each other, igniting an epic battle that may bring the city to the brink of destruction.

This is an action-packed, violent, coreographed, weapon play, swords, guns, fist and kicks which lead the viewer into a kick butt action reality.

Now with that opening that I gave you, you would think this movie would be spectacular, well, guess what, it's horrible. It’s very bad. I think the worst part of it is the voice over. The voiceover at times makes the narration very comically cheesy. The acting is something that reminds me of fingers going over sandpaper, or boiling oatmeal.

This film had really nothing going for it other than some nice fight scenes, some good choreographed moments but the whole movie is very stale. It's almost a challenge to get through. You start off with two young kids. One boy named Mozart is dying. The mother goes to a shaman. The Shaman brings the kid back to life. Soon the young boy meets a white boy named Julius. Julius makes a pact saying he will take care of him after Mozart’s mom dies.

You then flash into the future. It seems Julius and Mozart are at odds. Julius runs a gang, group. Mozart is attacking the bad guys killing them. The movie is a big pile of Confusion. You really don't know what's going on or the plot. Mozart was attacked while making love to a girl. She was killed and this seems to be the rampage of Mozart, at least I assume. Like I say the plot is all over the place. The editing is something stupid, idiotic, it makes no sense whatsoever, and that is what its massive downfall is. The script writing is off massively.

So it was Julius's men that tried to take out Mozart and his woman, but like I say Mozart lived and now wants his revenge and that's when all the fighting begins. It takes a while to understand this plot like I say the movie is edited horrendous. The acting is possibly some of the worst acting I have ever seen in all of cinema history and it doesn't help the odd, weird style voiceover of the characters which makes it even more horrendous. This is not even a B-movie it’s probably classified as a Z movie.

After learning the whole plot which is half way through the film then you can understand just what is happening. The only thing the film has going for it is some good fighting and some worthy action. I felt the movie was trying too hard and it ended up falling flat in an odd, weird style of film making. Horrible direction, even more horrible editing. The acting was not even worthy to mention how bad it is. The fighting is worthy and the overall weapon play works. It’s a stylized film that could have been awesome, I saw sparks of nifty creativity and originality and some fresh ideas but it was poorly done. I don’t know if the budget failed or people just gave up creating it.

The film is geared toward fans of these styled films of action and martial arts but even with that stamp, I feel it still failed. It had no reality of wanting the viewer to finish the film. The viewer ends up looking around the room or not really caring about the movie. The characters have no reality to them. The viewer senses nothing from the characters or the overall scenario of the situations or the outcome.

I did not like this film and I can’t recommend it. It failed horrible and was a total let down.