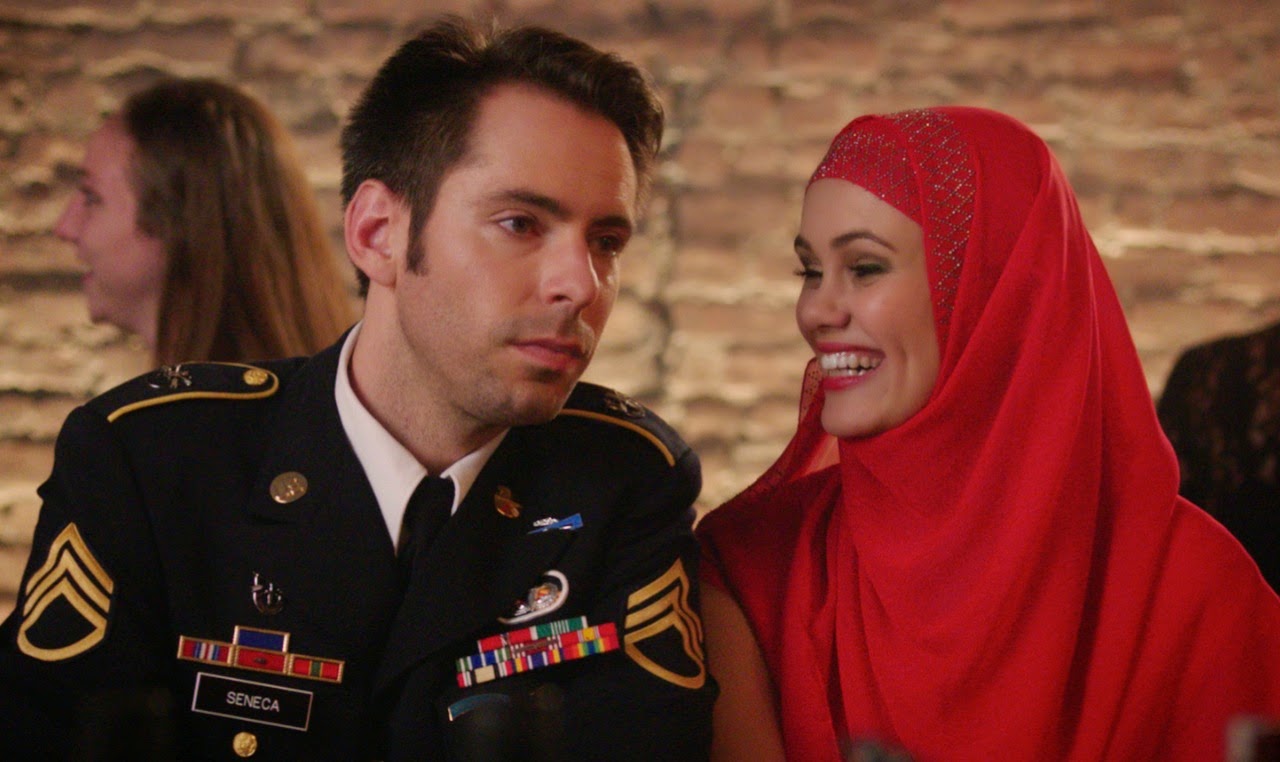 Starring Martin Starr ("Silicon Valley", "Freaks and Geeks", Knocked Up) as Sam, Paul Wesley (Before I Disappear, "The Vampire Diaries"), and introducing Dina Shihabi as Amira, the romantic comedy had its world premiere at the Seattle International Film Festival earlier this year, where it was an audience favorite. Amira & Sam has since been invited to a slew of festivals this fall, including the upcoming Forever Fest in Austin.

Sam is an honorable army vet who, while visiting his old unit's Iraqi translator in New York, meets Amira, the translator's niece and an illegal immigrant. After Amira has an unfortunate encounter with the police, Sam reluctantly takes her in while she sorts out her immigration status. Their begrudging connection burgeons into an unlikely romance until Amira is threatened with deportation and Sam is forced to make a critical decision.

This is the first feature written and directed by Sean Mullin from Five By Eight Productions. Produced by Terry Leonard from Strongman and Erich Lochner and Matt Miller from Vanishing Angle, Amira & Sam also stars Laith Nakli (The Visitor) and David Rasche (Burn After Reading, "Bored To Death"). The Executive Producers are James Ponsoldt (The Spectacular Now) and Meg Montagnino-Jarrett & Peter Sobiloff from Hole in One Productions.

Drafthouse Films exec James Emanuel Shapiro had his fingers crossed in acquiring it ever since he first saw the film: "Amira & Sam is the rare kind of festival discovery. It goes beyond what you expect and becomes something truly exciting and special. We are proud to get a chance to release this film and really believe there's a big audience out there for this gem."

Mullin, a West Point graduate and army veteran, says, "Most soldier-coming-home-from-war films deal with soldiers battling PTSD, and so I wanted to flip that well-worn premise on its head and ask: what if the soldier who returns is fine, but it's his country that's lost its mind?"

"It's not often that you find a distributor with as much passion about your film as your filmmaking team, but that's exactly what we've found with Drafthouse Films," adds producer Erich Lochner. "We're thrilled to be partnering with them."

Amira & Sam will screen in select theaters across North America and will be released on a variety of VOD platforms and digital, DVD, and Blu-ray formats in early 2015.
at 1:42 PM
Labels: Amira & Sam, Drafthouse Films, Indie News