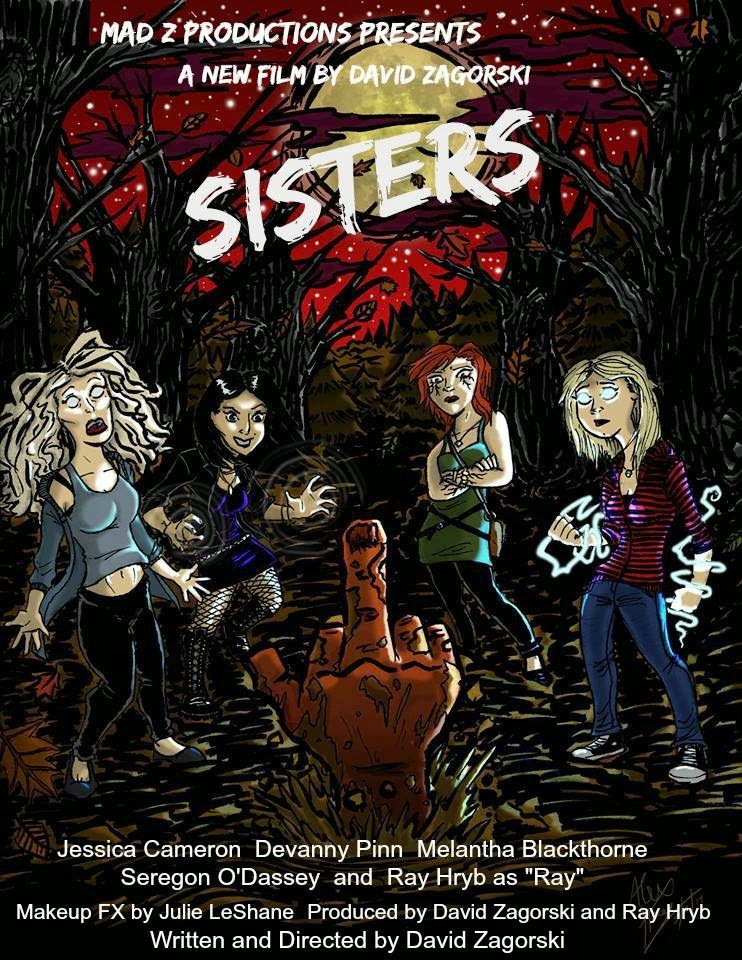 The filmmakers are currently raising a campaign on Indie Go Go will close on August 10th. To help contribute to this film, you can goto: https://www.indiegogo.com/projects/sisters-the-new-film-from-mad-z-productions

For more information on the film, you can visit the film's Facebook page at: https://www.facebook.com/MADZSisters

MAD Z Productions is pleased to announce that Bill Moseley has signed on to the cast of its latest project Sisters.

Fans can also contribute to the Sisters indiegogo campaign, where they can score some awesome perks like producer credit, tickets to the exclusive cast party (come party with Chop Top!) and even be entered into a drawing to win the 1968 Chevy Chevelle Malibu that will be used in the movie! http://igg.me/at/Sisters-Movie/x/1714

Filming is set to begin this August. Sisters is written and directed by David Zagorski (Killing Brooke, The Devil’s Nightmare), and co-produced by Zagorski and Ray Hryb.

Pushed to the limits by the abusive Ray, four sisters, all witches, use their powers to get a little revenge. But when things get out of hand and they have to cover up a crime, all hell breaks, leading them to unite in their most harrowing battle yet.
at 3:00 PM
Labels: Bill Mosley, Devanny Pinn, Indie News, Jessica Cameron, Sisters