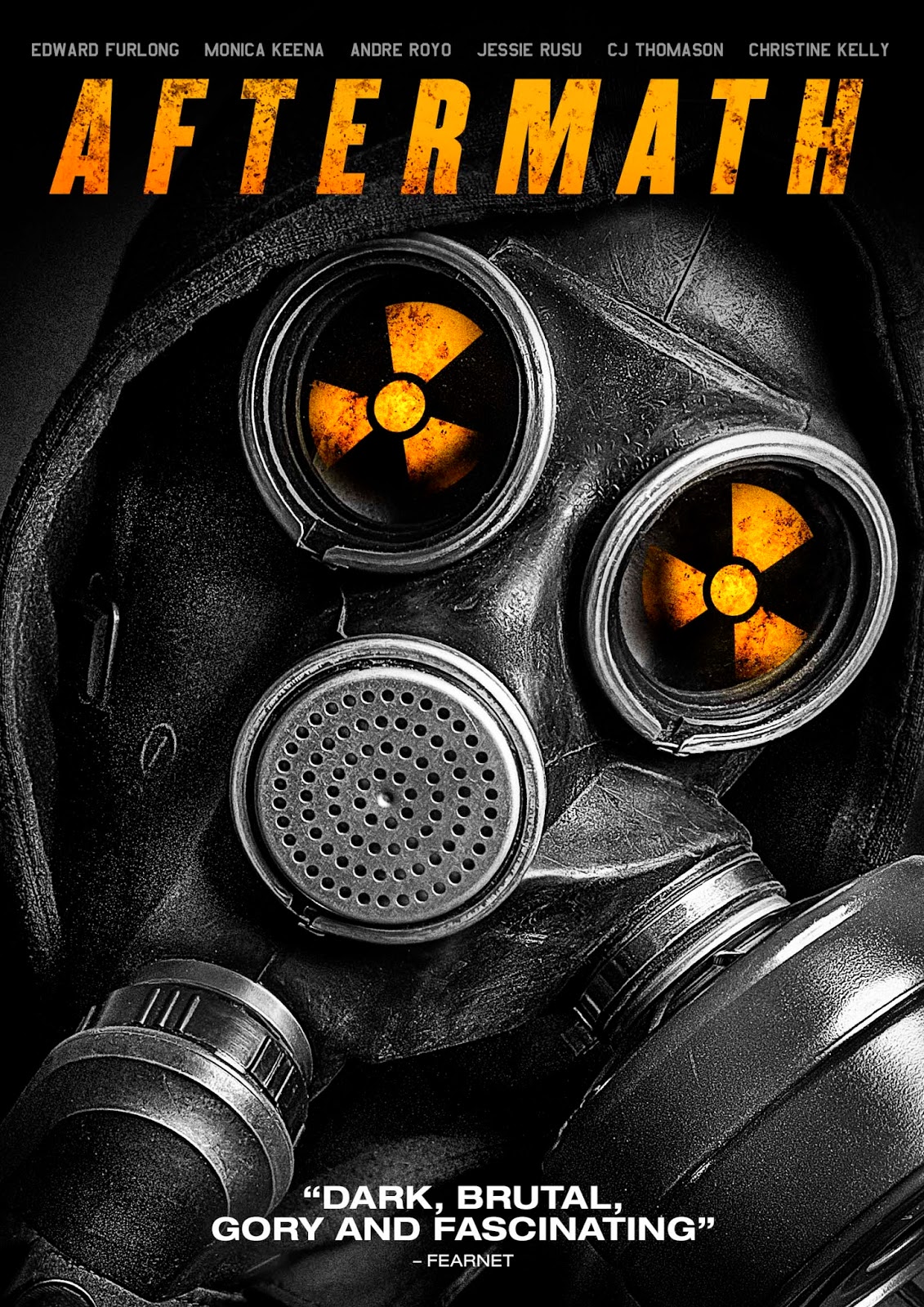 Plot: The devastating horror of a nuclear apocalypse is now reality and nine desperate strangers find themselves clinging to life in a farmhouse cellar, while radioactive fallout descends on the darkened world above. These would-be survivors face the nightmare of dwindling supplies, poisonous air and the greatest threat of all – the hordes of zombie-like refugees who want in.

I enjoyed the film. I think it has great special effects makeup. I love the whole persona of the end of the world zombielike creatures and radiation.

I went into this not knowing anything about it and I have to say I was entertained in the end. Lately all the craze has been the end of the world or zombie type pictures and here is another one but this one's a little different. Not in subject because it’s been done a 1000 times before but I think this one has a little bit more substance than the countless direct to video horror ones that have been flooding the shelves of cinema lately.

Don't get me wrong that does not mean that it's a spectacular film or anything worthy of praise. Like I say the plot is the same thing, a group of survivors are held up in a basement and now they must survive the post-apocalyptic zombie like creatures blah blah blah but with all that said even with its tedious unoriginal plot it still was simple we'll done horror fun. I'm happy to have anything that's not a handheld camera horror film. I'm sick and tired of those shaking Cameras.

I think what makes this one standout is its darkened atmosphere. You know there's no good outcome coming and there's no real happy ending and I think that the film is very thick in that concept. I think that's one thing the director was able to capture, making you feel the tight scenario, claustrophobic feel. The different attitudes and growing emotions from all those that have survived and are now held up together. I think that mentality of survival and coming dread and getting on others nerves plays well in this film.

This does star some really good actors including the wonderful C.J. Thomason who I think is a brilliant actor. Loved him on the underrated awesome TV show Harpers Island. Also starring the wonderful Andre Royo. Always a treat to watch. Many will know him for his character on the long running masterpiece series The Wire. Royo is great in Aftermath. Also starring the very beautiful Monica Keena who has been in countless performances.

I think really the major problem I had with this film is there's no real character development. It doesn't give you enough story to feel for these individuals when something happens. You still as the viewer become a part of that atmosphere of coming dread.

The movie is not spectacular but I was still entertained from beginning to end and that's all I really ask for. It got me through this picture. I think the direction was ultimately right on and was able to capture everything that needed to be done and also held onto you throughout the picture. The acting was good for the most part.

Loved the gore and the makeup and special effects. I think what I like most about this film is it reminded me of that original black-and-white classic Night of the Living Dead. It gave a little bit of that undercurrent of emotions and it gave pieces of what made that film so brilliant even though like I say it's been done a 1000 times before, this one was able to do it the 1001 time and It worked.

Peter Engert directed a gory simple fun low budget horror of a Drive-In Double Bill late night fashion. Written by relative new comer writer and director Christian McDonald. I think McDonald had a relatively simple yet entertaining plot that captured all the other zombie, end of the world classics and played a somewhat homage to those classics in this film.