"The Chef, The Actor and The Scoundrel" Review - Written by Abraham Phillips 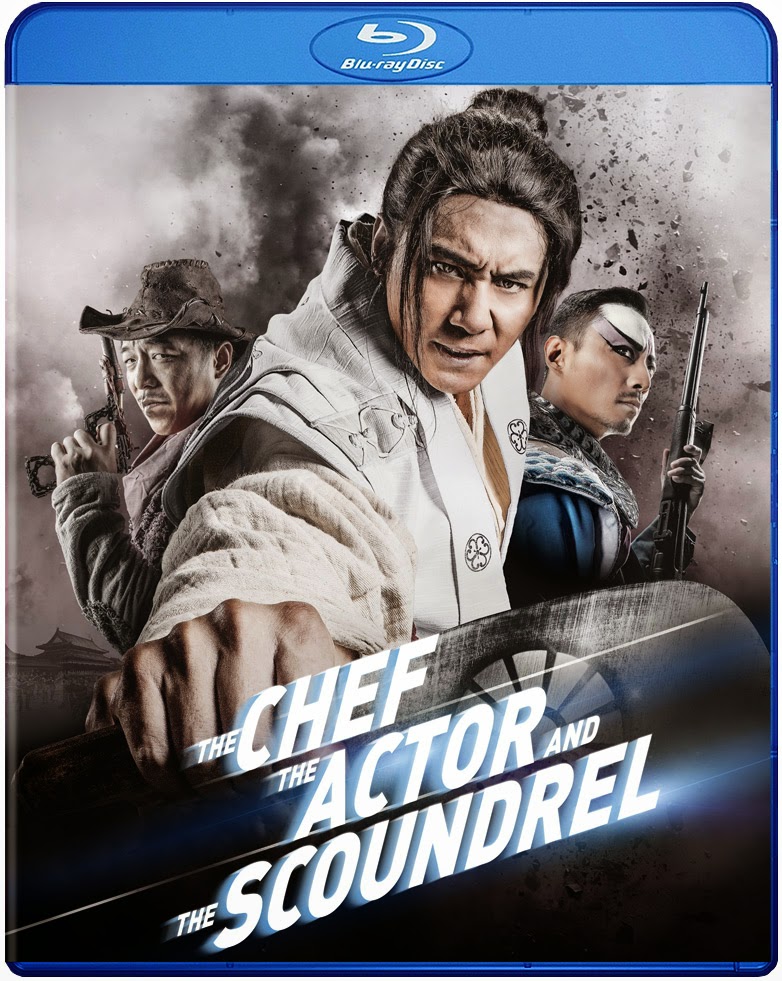 Plot: World War II: a cholera epidemic ravages the streets of Beijing. A crack team of Chinese intelligence agents kidnap a Japanese general and biochemist who may hold the antidote. When trickery and torture fail, the covert squad smuggles their victims into a restaurant and launches the oddest of interrogations – staging a Chinese Opera and posing as fellow guests, designed to entice, confuse, and ultimately trick their captives into revealing the truth before time runs out.

This is truly one weird wild and comic book style comedy come to life on the screen. I for one found this movie to be absolutely strange and all over the place in unique, twisted and interesting ways. The movie is hard to explain unless you have seen it and when you see it, I don’t know if you could explain it even to yourself after watching it.

So there is this Cholera outbreak in China and there are multiple deaths. You’re supposed to style inside. A Scoundrel is trying to rob people but ends up being chased by detectives. He ends up in a building where an Actor and a Chef have taken two people hostage. One of the men has a container holding something. The three, the Actor, Scoundrel and The Chef plus his dorky simple and silly looking wife want what’s inside. All three go about trying to discovery the item.

There is comical slapstick comedy and over the top moments of silliness mixing with animation and black and white moments mixed with moments that burst with colors. The costumes are trippy and weird and the whole ordeal is something massively to confuse the viewer on just what the point is or just what the whole reality is. The comedy gets real old very quick. The ordeal of the three hiding the item from the detectives, seems, to play out to long and overdone.

It truly is a strange movie that had promise at first but ultimately failed. I think the major let down was it lost the viewer because the corniness and silly reality was overdone and too much for the viewer. There is great choreographing throughout. Awesome sets and amazing costumes and makeup and yes the acting is good even though it’s overdone and trying too hard at times to be funny. The biggest failure was the storyline itself. The characters are strong and yes funny and do build their personas on screen but it’s, not enough to save the picture from seeming like it will never end.

This does star some wonderful actors. The amazingly talented Ye Liu who is a stunning performer in the acting world. He plays the Chef in this odd little picture. He has graced the film world in the amazing and wonderful 2009’s City of Life and Death and 2006’s beautiful and stunning Curse of the Golden Flower. And his performance in the wonderful touching drama 2001’s Lan Yu. This also stars the wonderful Hanyu Zhang as the Actor. The part of the Actor he owns and creates a truly comical and very funny and wild performance that you will remember. Also starring Bo Huang as the Scoundrel. He shines in this part and creates an odd funny persona. All three actors combined together create a Three Stooges type reality. I think the star of the show is the character of Crazy Wife played flawlessly and silly by Jing Liang. She was the most comical. Her facial expressions and her buck teeth and so on made for a laughing good time for what it was.

This like I say is a mixed bag of comedy, drama and action. I feel it fails in many parts but also stands out in some parts. In the end it pleased me for what it was; but I will never return to watch it again.

Review Rating: 2 out of 5
at 1:04 PM
Labels: Reviews, The Chef The Actor and the Scoundrel, Well Go USA