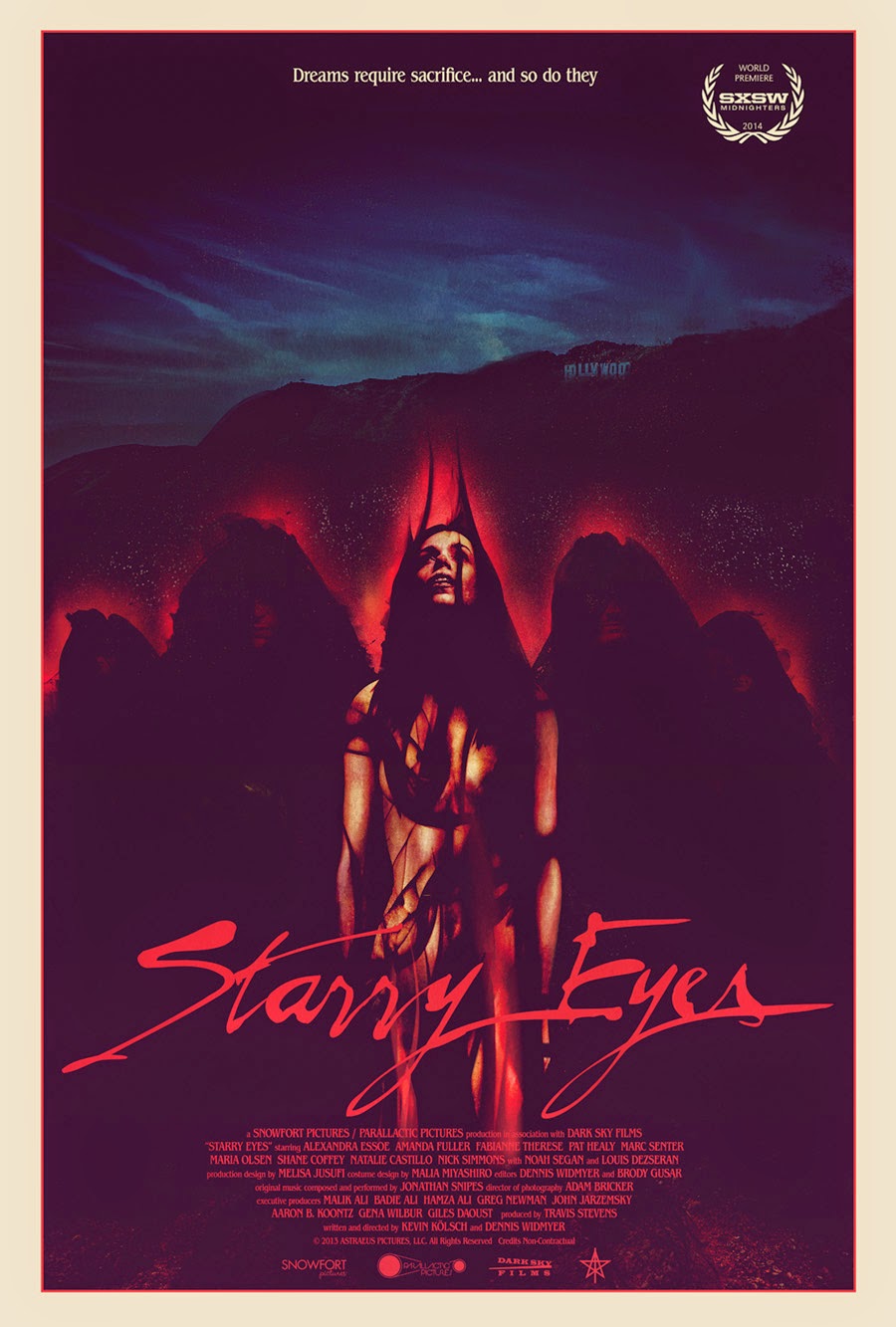 The film will distributed in the U.S by Dark Sky Films. No release date has been announced at this time.

For more information on this film, you can visit the film's official website at: http://starryeyesfilm.com.

Determined to make it as an actress in Hollywood, Sarah Walker spends her days working a dead-end job, enduring petty friendships and going on countless casting calls in hopes of catching her big break.

After a series of strange auditions, Sarah lands the leading role in a new film from a mysterious production company. But with this opportunity comes bizarre ramifications that will transform her both mentally and physically into something beautiful... and all together terrifying.