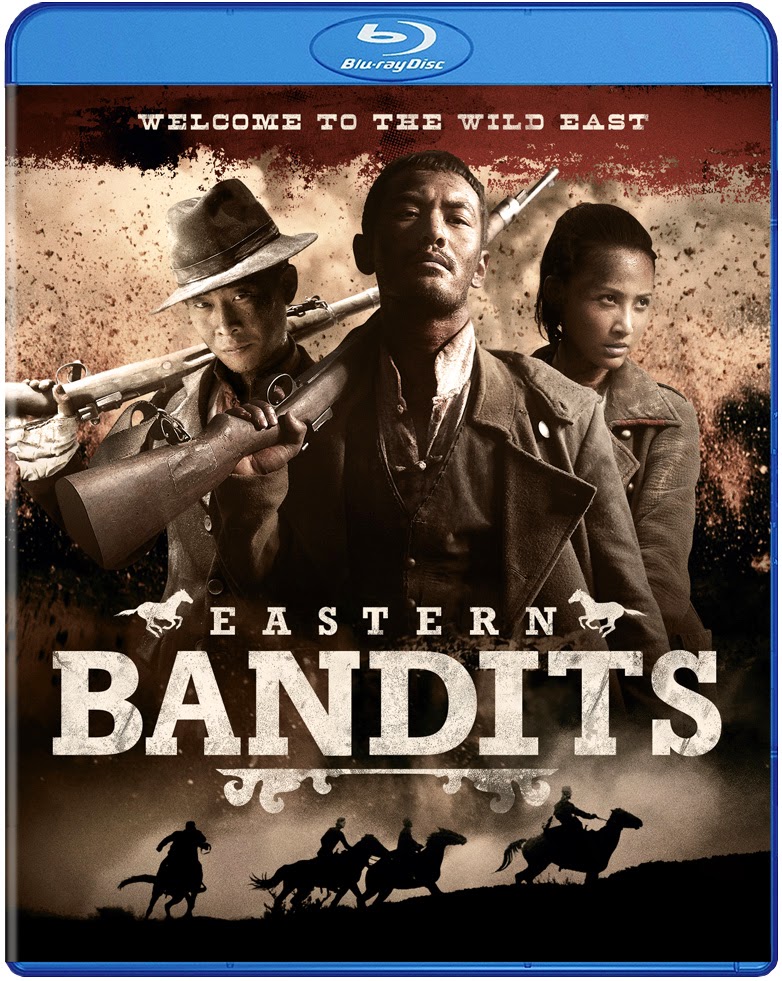 Plot: AN INACCURATE MEMOIR is the heroic story of rebels with a fortune to gain, and everything to lose. Leader Fang Youwang, with his compatriots Kuei, San Pao, and Lady Dagger - lead a posse of roving bandits that are fearless, enterprising, and loyal to the death. Their baby-faced masks make them terrifying; their underground lair untraceable. And now, they’re plotting a double-scam - a heroic rescue and a kidnapping mission - that will make them legends…if anyone gets out alive.

This is written and directed by newcomer to the film world. This is his third picture. Shu-peng Yang does a good job in capturing drama along with action and mixing in a thriller concept. Eastern Bandits has all three of those categories. It's a film that showcases an interesting style, mixing Western in with martial arts. It's been done before but this one stands out for being, we'll crafted and acted and also for its storyline.

Now it has strong points such as there is a lot of action in this film. There is a lot of awesome camerawork and also lighting, but its major downfall is, you really have no idea what's going on. It is just one action shot after the other. Kidnappings and violence and halfway into the movie you're still confused. I think that's one of its major downfalls in not having a plot right away where the viewer can know what's happening. The viewer is dumbfounded and confused waiting and waiting and waiting to try and understand what's happening.

It's thoroughly a beautiful film in the camera work aspect with awesome sound effects. There is so much carnage and one scene of action after another scene of action truly create a wonderful film for the viewer that loves fast paced action. It just lacks a lot of story or at least a pacing of the story.

The characters are introduced by flashbacks. They all weave together to tell the complete story. At first the storyline is very foggy. When you finally realize the subject matter at hand it flows but it just takes you a while to get there through a lot of the action taking place. The action is what makes this film grab and hold on to the viewer and gives them the persona that these type of films are based on.

Very vibrant. Very colorful. Very Mayhem driven. Wonderful flawless sound effects. Awesome high definition. Sadly I don't think the film works in the department that it will be remembered. It's just one of those passing popcorn flicks with a lot of wonderful action. There is no substance to the movie. No parts that will linger on your mind long after it's over. Unfortunately after watching it I basically already have forgotten it. That does not mean it's not worth a watch. I feel this movie will find some of its fan base but I for one need more than just action. I have to have a plot. I think the major downfall to the movie is the editing. The film seems like it’s tragically pieced together by a preschool child that's right handed using left handed scissors. I think that's what punishes it the most.

You have many interesting characters that stand out. I believe if they would've further dug into their lives and characters and also pieced and edited the film better this would be a memorable movie. The film highlights certain spots of it that the viewer will love. I enjoyed the action but sadly it fell flat and seemed to deteriorate.

It is what it is, a film edited and crashed together with a lot of action. It seems the substance was edited out and the scotch tape got a hold of the film and stuck it together. The movie felt like it was inserted into a tilt-a-whirl and once it was over they had to grab the pieces and scotch tape it back together.