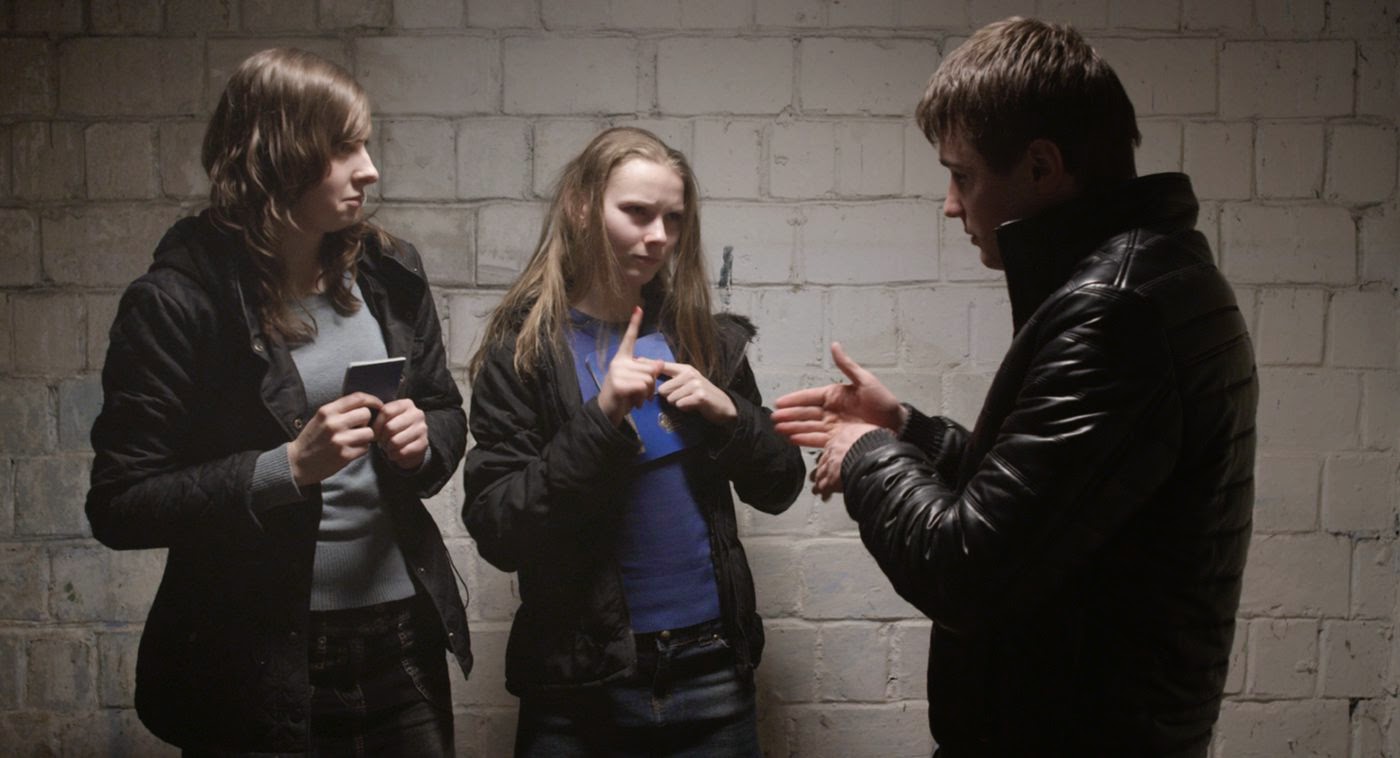 Drafthouse Films recently announced that they've picked up the North American rights to the 2014 Cannes' International Critics' Week award winner "The Tribe". The film dominated the Cannes' Independent Critics' Week awards, winning the Nespresso Grand Prize, the France 4 Visionary Award and the Gan Foundation Support for Distribution grant. "The Tribe is slated for release in 2015.

Drafthouse Films has acquired North American distribution rights to the 2014 Cannes' International Critics' Week award winner The Tribe. Blowing away critics and audiences alike, the radically ambitious film has been called "an unprecedented cinematic accomplishment" by Indiewire, while The Guardian heralds it "the great discovery of this year's festival."

Set at a Ukrainian boarding school for the deaf, the film's narrative unfolds purely through sign language without a need for employing subtitles or voiceover, resulting in a unique, never-before-seen cinematic experience that engages the audience on a new level. The film dominated the Cannes' Independent Critics' Week awards, winning the Nespresso Grand Prize, the France 4 Visionary Award and the Gan Foundation Support for Distribution grant.

Directed by Myroslav Slaboshpytskiy and produced by Valentyn Vasyanovych and Iya Myslytska from Garmata Film Production, The Tribe's astonishingly intimate and raw depiction of disenchanted youth features a cast comprised entirely of non-professional, deaf actors including leads Grigory Fesenko as Sergey and Yana Novikova as Anna.

"As I was watching The Tribe, the goosebumps on my arms quickly signaled that I was seeing something truly special," said Drafthouse Films CEO Tim League. "Myroslav Slaboshpytskiy is a massive talent. I am confident that he will quickly become a world-renowned director, and I am excited and proud to be sharing his striking first feature with North America."

"When working with a film like The Tribe, we immediately became more sensitive to signs and language: passion speaks first. We received an amazing response after our first market screening in Cannes, and Drafthouse Films showed from the very beginning all the right signs - and the strongest passion-to distribute our film in North America," noted Alpha Violet's Co-CEOs Virginie Devesa and Keiko Funato.

"I am very glad that my film will be released in the United States," added Myroslav Slaboshpytskiy. "I have always believed in the universality of film's language, and have always believed that dialogue and subtitles change the way different audiences perceive the film in different countries. I am pleased to have created a universal film that audiences around the world can perceive in the same way, regardless of race, language or country. People laugh at the same parts and are horrified by the same parts. I think The Tribe is a truly universal movie in terms of language, and this makes me supremely happy."

The Tribe will screen in select theaters across North America and will be released on a variety of VOD platforms and digital, DVD, and Blu-ray formats.
at 6:57 PM
Labels: Drafthouse Films, Indie News, The Tribe