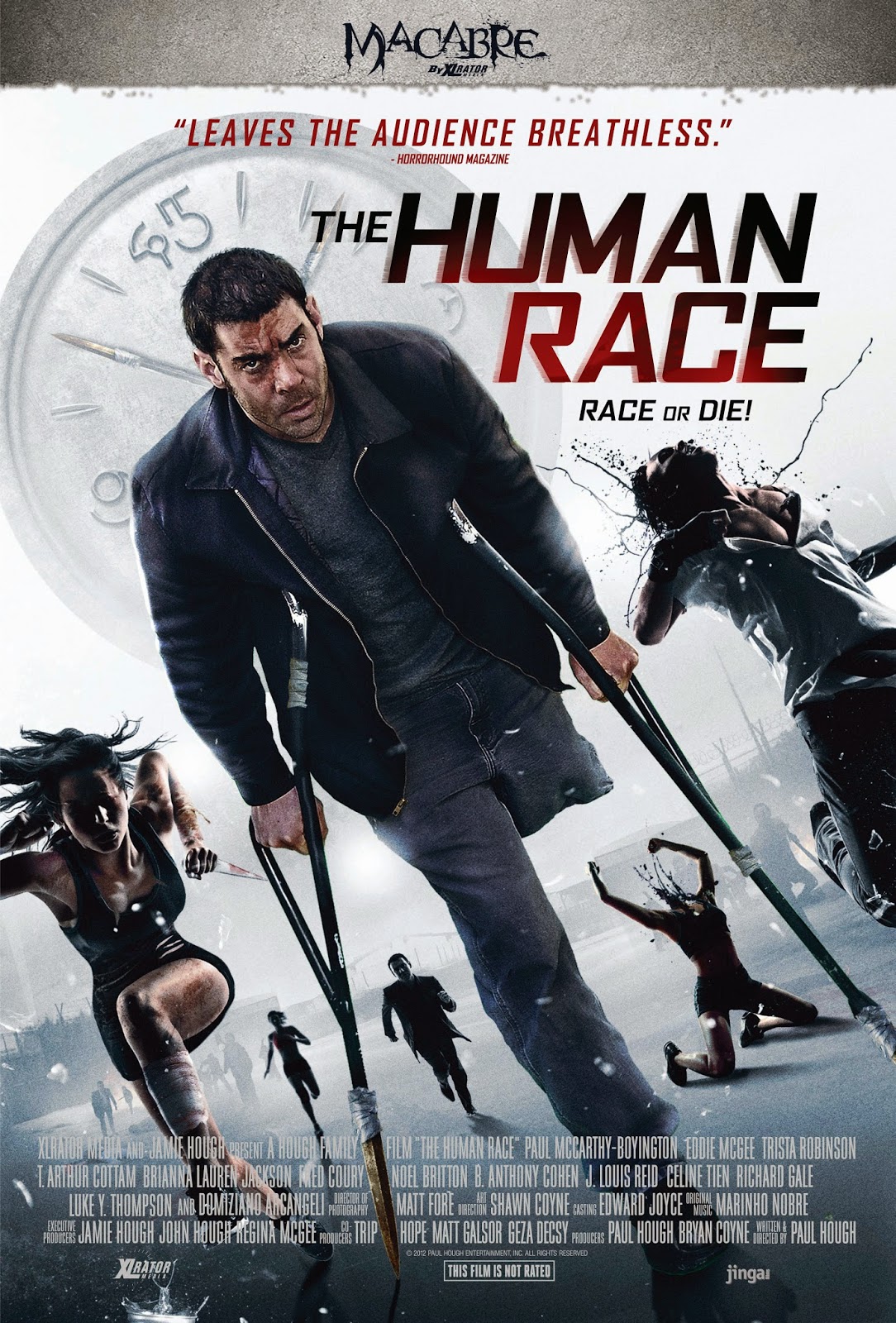 It's very rarely that a movie gets absolutely everything wrong, but when that does happen, it's completely and utterly unwatchable. No, I don't talk about "The Room" or "Manos". I talk about "The Human Race", the stupidest, most pointless and absolute worst movie I've seen in a very long time. Ok, I know, I say something like that pretty often (well... everytime I see a really bad movie, which actually doesn't happen that often) but this time... *sigh* this time I'm almost speechless.

The debut feature of British filmmaker Paul Hough gives the word "unwatchable" a new meaning by mixing "Battle Royale", Stephen King's "The Long Walk" and recent survival-crap like "Raze" into a convoluted superfluous and almost offensive mess of a movie, following a group of 80 people that mysteriously get ripped out of their everyday life and thrown on a race track where they're forced to compete against each other in a "Human Race".

Aside from the fact that we get to see this sequence three(!) times within the first 20 minutes, the rules are obviously rather silly, especially the "lapping rule" which is the reason for countless obvious continuity problems, plot holes and other goofs. Also, the buildings are not safe because we clearly get to see people die in one of the buildings. But hey, these things are just trifles compared to all the other rubbish.

The direction is beyond terrible, and the screenplay is so all over the place, it's baffling. I have no idea what Paul Hough wanted to achieve with this film, and I assume that even he had no idea what he was working on. At times it feels like a message-laden survival-drama that begs for more tolerance towards handicapped people and/or foreigners (cast involves a one-legged man, a deaf couple, non-English-speaking Japanese kids etc.), at times like a misanthropic semi-antichristian hate-fest (You trust and/or believe in god? You die first!), at times like a Saw-like black-and-white-thinking moral-schlock (This guy/girl is bad, it's fair to kill him/her. This guy/girl is good, it's not fair to kill him/her etc. etc.).

Hough is also completely unable to create any form of tension, suspense or atmosphere. There was absolutely nothing that remotely thrilled, scared or entertained me. Nothing. Whenever someone leaves the path, his/her head explodes (bad CGI btw). It's fun when you see it one or two times, but. when you get to see 30 or 40 head-explosions (and they all look the same), it's not fun. It's just boring and annoying.

The attempted rape - oh-so-provocative. The death of the pregnant black woman - even more oh-so-provocative *yawn* The omnipresent voice that counts down the remaining survivors (Hunger Games anyone?) - annoying like hell. The purgatory. The angels. The uber-absurd ending... gaah, stop me!

In addition, most of the acting ranges from so-so to god-awful. The music is boring and unimaginative. The gimmicky editing is nerve-stretching. The camera work is weak. Nearly all effects look shoddy. The pacing is horrible. The whole look of "The Human Race" is too bright, too white. And so on, and so on, and so fucking on.