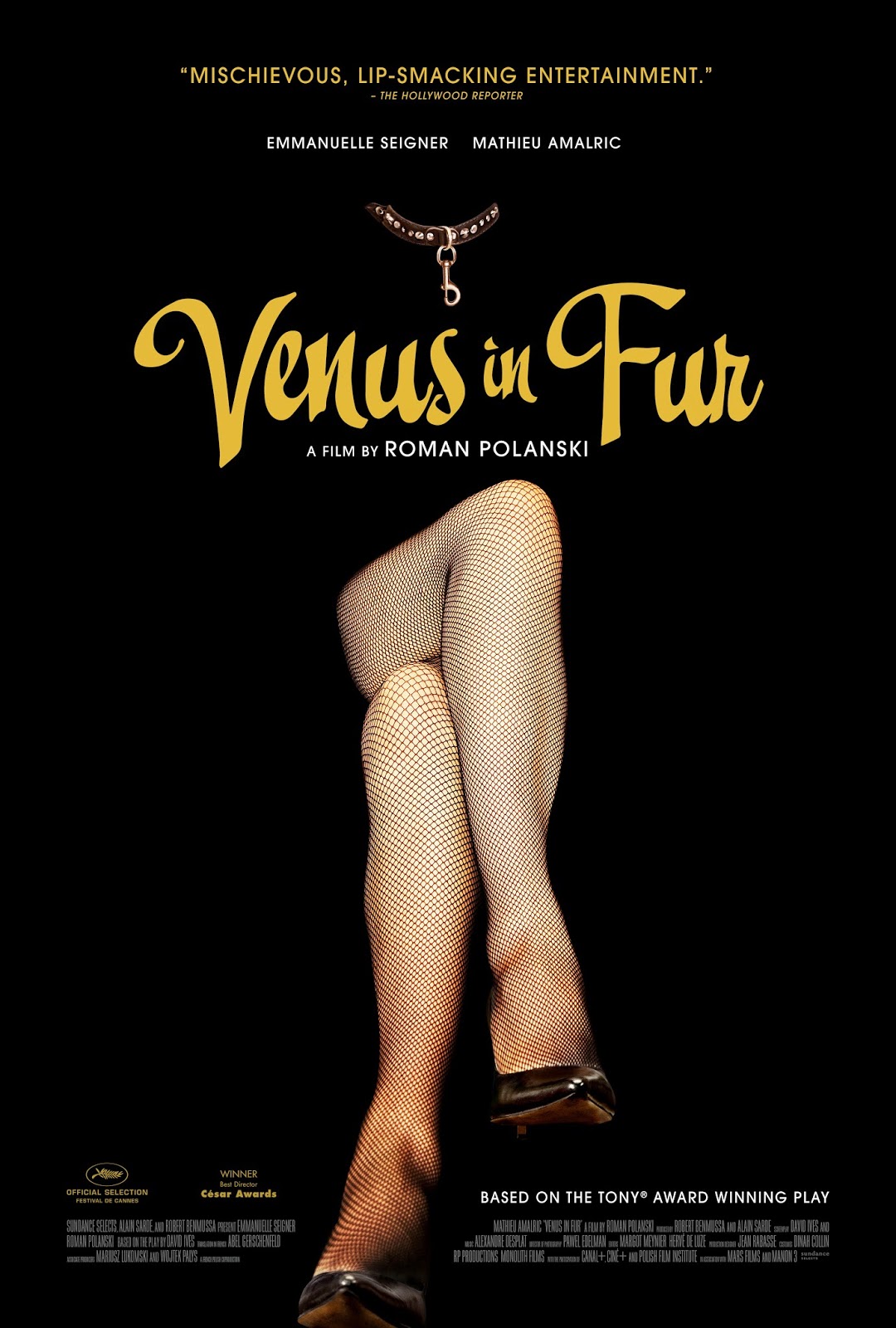 Based on the Tony Award-winning Broadway play by David Ives, which itself was based on Leopold von Sacher-Masoch’s groundbreaking novella, VENUS IN FUR is the latest film from master filmmaker Roman Polanski. Alone in a Paris theater after a long day of auditioning actresses for his new play, writer-director Thomas (Mathieu Amalric) complains that no actress he’s seen has what it takes to play the lead female character: a woman who enters into an agreement with her male counterpart to dominate him as her slave. Thomas is about to leave the theater when actress Vanda (Emmanuelle Seigner) bursts in, a whirlwind of erratic - and, it turns out, erotic - energy.

At first she seems to embody everything Thomas has been lamenting. She is pushy, foul-mouthed, desperate and ill-prepared - or so it seems. When Thomas finally, reluctantly, agrees to let her try out for the part, he is stunned and captivated by her transformation. Not only is Vanda a perfect fit (even sharing the character's name), but she apparently has researched the role exhaustively, learned her lines by heart and even bought her own props. The likeness proves to be much more than skin-deep. As the extended "audition" builds momentum, Thomas moves from attraction to obsession until, with Vanda taking an ever more dominant role, the balance of power shifts complete.