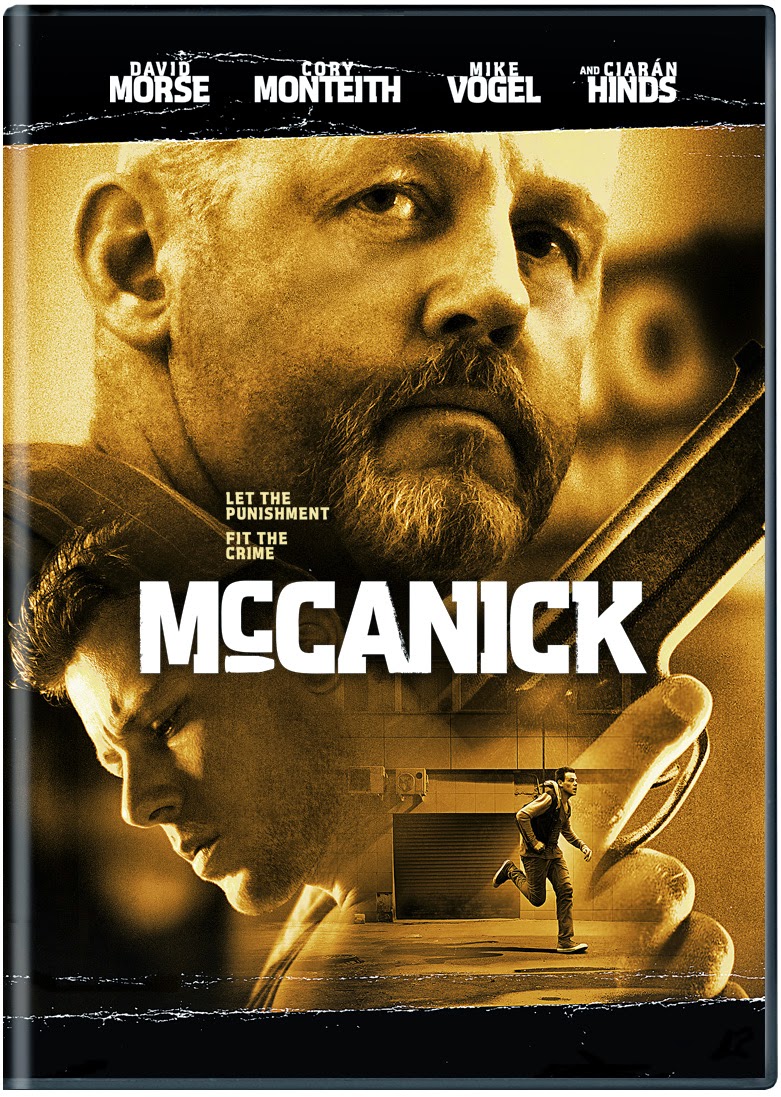 Plot: Set over the course of one day, a narcotics detective hunts for a seemingly harmless young criminal who knows a truth about the cop's past.

Mack is a detective with a past. He is haunted suffering from past actions done to his family. It’s his birthday and he finds out Simon Weeks one of those responsible for his suffering has been paroled early from his time in jail. He is warned by his Boss to stay away. Soon he hooks his partner into the search for Weeks by lying to him. Mack wants to seek out and hunt down the cause of his suffering.

A truly fantastic cast of actors. The characters all are perfectly sketched out in detail through solid performances of emotional and stunning realities. The plot is thick and woven around drama, actions of spontaneous violence.

Sadly this is Cory Monteith's last role of acting before his young and sudden death. Drugs has taken to many wonderful stars. A tragic reality that is so unbelievably common this day and age. Cory gave an extraordinary acting job in this as the character Simon.

Mack is a detective that seeks revenge to what he thinks is the truth. As he seeks his revenge all hell breaks loose and the torment and tragedy spirals out of control.

This is a great crime drama. A solid police film. A brilliant example of a cast and script. You flash back to the storyline. The plot starts out with Simon Weeks who is a hustler and druggie. The plot is about a dead congressman. Detective Mack seeks Weeks out for information. Weeks tells him about another hustler named Raven who the congressman enjoys. Raven is the prime suspect in the robbing and shooting death of the congressman.

The mystery and the unknown is the story. You as the viewer become a part of and try and solve what is going on and piece together the jigsaw puzzle of reality on screen. What I like about the movie is the ultimate mystery, because you the viewer don't quite understand why Detective Mack is so addicted or obsessed with Weeks.

This stars an actor that has always been underrated and never truly appreciated. David Morse is a brilliant tour-de-force of an actor and his talent shines in this role as a detective haunted by his past and the secrets and lies and cover ups that tragically has controlled his whole life.

Josh C. Waller directed this little gem of a film. This was his second feature film. He has a solid way of capturing actors and a jigsaw type puzzle for his viewers as the plot mixes with the emotional reality of the characters and the hatred and pain of the performers on screen seem real. He has an eye for the camera and he films what is real and creates a film around a complete story but uses bits and pieces to string along the watcher.

An amazing music score. A stunning musical reality that bleeds the emotions on screen. A beautiful and haunting music score to go along with the equally impressive movie. It's a true shame that this film did not get a huge following and seems to be getting bad reviews which I feel is a tragic mistake because the story, acting and direction is solid. It’s a crime thriller and an ultimate mystery of just what is taking place and why?

Solid film. Solid mystery. Solid acting. I hope this film takes off with the viewers as now it’s available on DVD and Blu-ray. On the Blu-ray you get a Behind the Scenes feature and also deleted & extended scenes and the trailer. A nice gritty action thriller that leaves a lasting image. David Morse’s acting is beyond words in this. He created Mack and gave the persona, a touching, emotional and angry filled reality that is bitter and yet we all can relate to him at times. I recommend this film.

Review Rating: 4 out of 5 Stars