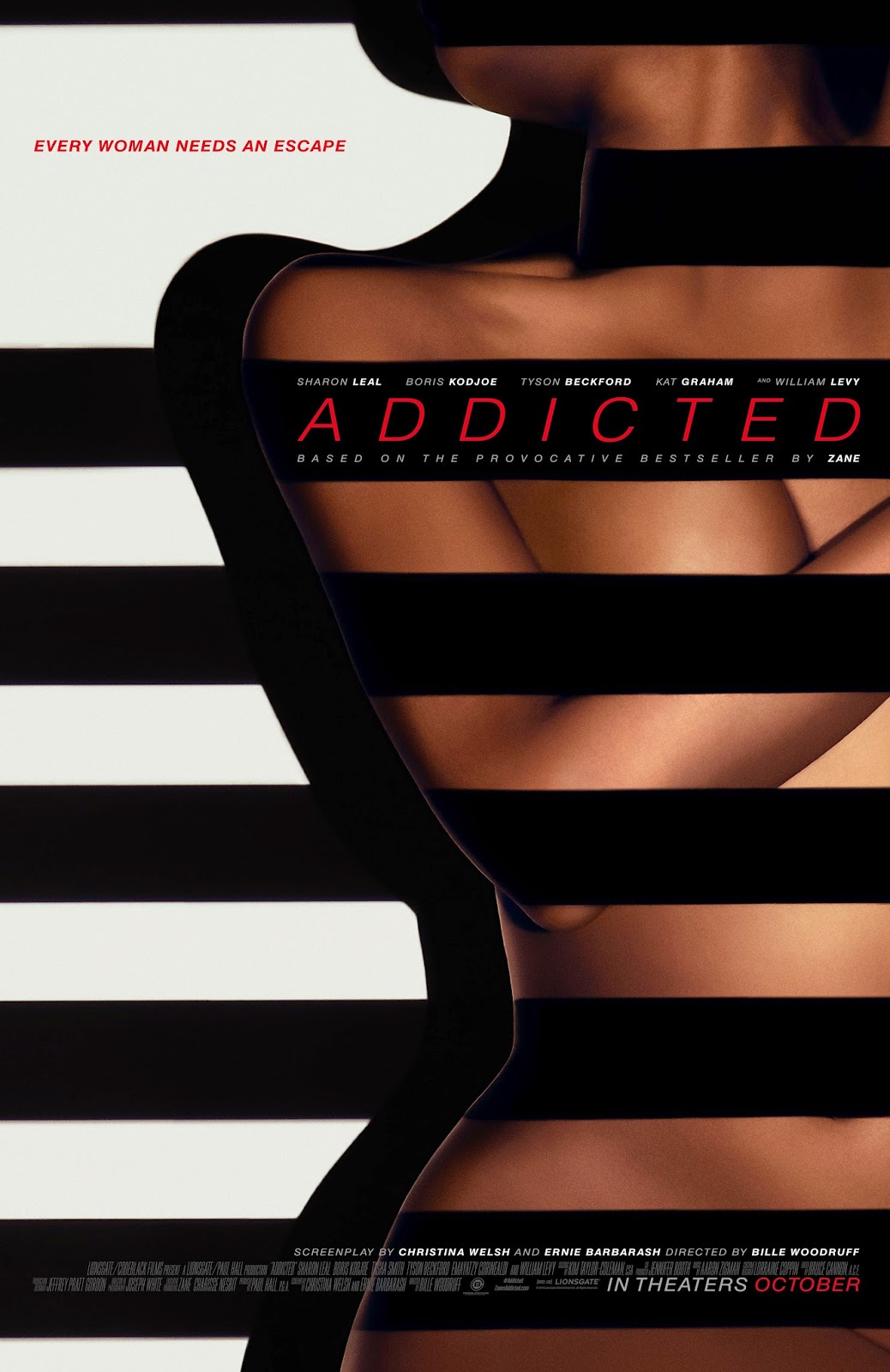 Lionsgate recently send us over the first poster and trailer for their upcoming film "Addicted". The upcoming film is based on the best selling novel from Zane and stars Sharon Leal, Boris Kodjoe, Tyson Beckford, Kat Graham, and William Levy. "Addicted" hits theaters on October 10th.

For more information on this film, you can visit the film's official Facebook page at: https://www.facebook.com/Addicted .

Plot Synopsis:
Based on the best-selling novel by Zane, ADDICTED is a sexy and provocative thriller about desire and the dangers of indiscretion. Successful businesswoman Zoe Reynard (Sharon Leal) appears to have attained it all – the dream husband she loves (Boris Kodjoe), two wonderful children and a flourishing career. As perfect as everything appears from the outside, Zoe is still drawn to temptations she cannot escape or resist. As she pursues a secretive life, Zoe finds herself risking it all when she heads down a perilous path she may not survive.