"In the Blood" Blu-Ray Review - Written by Anthony T 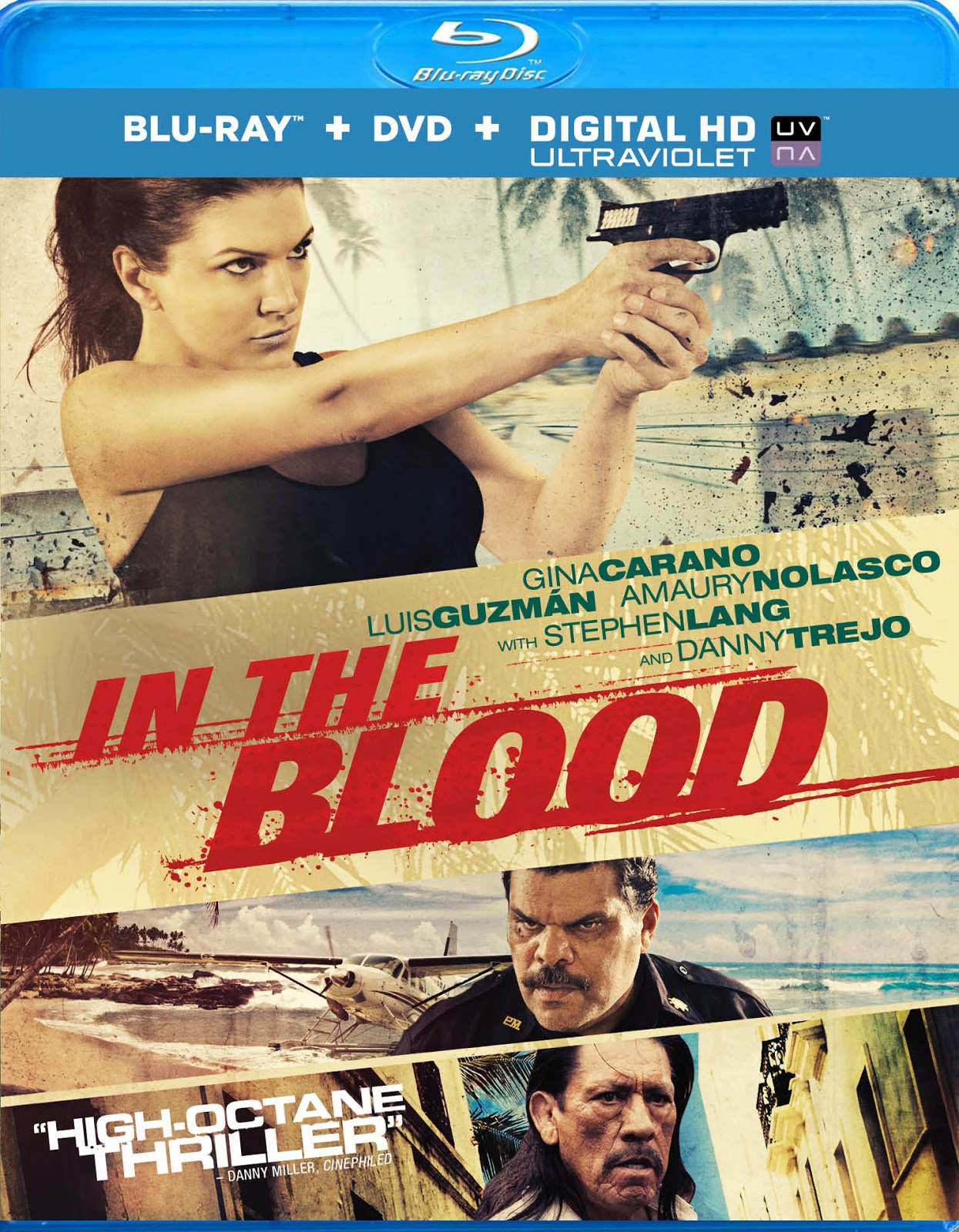 “In the Blood” is one of the films that I’ve personally looking forward to seeing, since first hearing about. Maybe it’s the fact that it stars Gina Carano (Haywire, Fast and Furious 6) or the fact that film’s boast a good supporting cast that includes Danny Trejo (Machette), Stephen Lang (Avatar) and Luis Guzman (The Limey, Traffic). Still, this looked like something that I might be interested in.

The film follows Ave, a trained fighter (Gina Carano) who is on her honeymoon with her new husband in the Caribbean. During their vacation, he vanishes without a trace after an accident. As Ava tries to find her husband, she uncovers a violent underworld on the island. Now with the armed skills, Ava must take the law into her own hands and try and find her husband’s abductors in hopes finding him before it’s too late.

Going into “In the Blood”, I was expecting one of those mindless action films that would keep me entertained. At the end of the day, this was more a suspenseful action thriller than one of those shoot em up type of film. Nevertheless, I still enjoyed this film.

One of the main reasons was the fact the direction was good. Director John Stockwell does a good job handles his direction. I liked, the way that he approaches some of the film’s action and tense moments. Whether it’s the way the film was filmed to how Stockwell approaches the action sequences, everything had a tense feel to it. It made some of the film’s scenes feel suspense. The other thing that I liked was the way that he approaches the performance aspects. He does a very good job making sure the performances were very good including a very good lead performance from Gina Carano. It made the film interesting even though it went a little too long.

The screenplay written by James Robert Johnston and Bennett Yellin also helped made this film good. One of things that I liked about the screenplay was that it develops its main character. Whether its her past to her relationship with her husband, the writers do a very good job developing it. It helped made it plausible that the main character was capable of doing what she could do. The other thing that I liked about the screenplay was the fact that some of the film’s action scenes were written well. I liked that there was some suspense in those scenes. It made me feel like I was on the edge of my seat with some of action. It made it for a very effective film.

If there was one problem that I had with this, it was the fact that the film ran a little too long. There could’ve easily taken a least five or ten minutes of its running time as a couple of the scenes dragged, but I still enjoyed this film.

In the Blood is an intense action film that has good solid direction and action scenes that are suspenseful enough to keep your interest.

Review Rating: Three and a half Stars