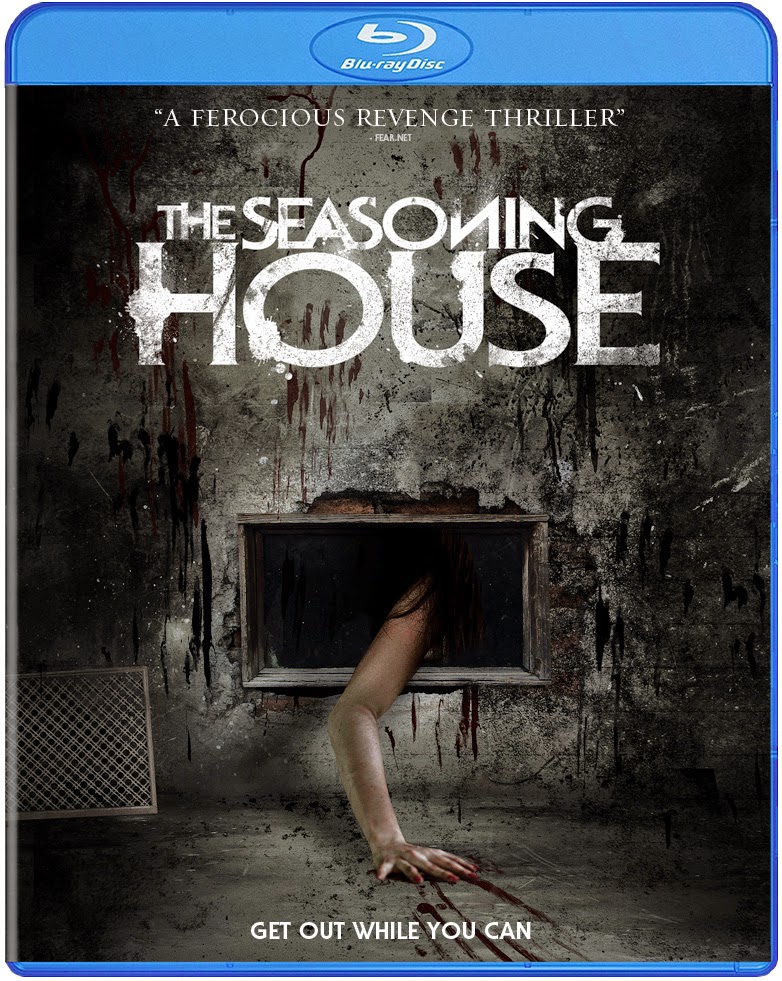 The film takes place during that horrors of war that plagues a European town where young women are being kidnapped. It follow a deaf woman, who is forced to care for the young women are being drugged and forced into prostitution. As she starts to move between the walls, the women is planning her ruthless revenge on the man who has imprisoned her.

After seeing the trailer to “The Seasoning House”, I didn't think that I would like as I thought I would as it was a different type of film. Still, I decided to see this anyway. But after seeing this film, I was surprised that this was a very good film.

Director Paul Hyett does a very good job with the way that he handles the direction. I liked how, he gets everything to move at a good pace. Whether it’s the beginning of the film or when the action picks up, everything that was on the screen kept the film moving. It’s a credit to the way that Hyett uses his skills to make everything move at a good pace. This could have started off as a boring film with its slow beginning but it wasn’t due to his direction. The other thing that makes his direction good was the way that he directs the performances. Hyett does a very good job making sure that the performances fit the film’s very dark tone especially with the way he handles the villains’ performances. It made the film feel dark and intense.

The screenplay written by Hyett, Conal Palmer and Adrian Rigelsford was very good. One of the things that I liked about this was the fact that everything builds up during the course of the film. Everything starts slow but once the action gets moving it starts off as very disturbing but as it gets to its third act it becomes intense. By building those scenes up, it made some of the action work so well. The other thing that I liked about it was the character development of the main character. For the action to work and feeling disturbing, you need your main character to be fully developed. The writers do that very well here with its main character. They spend the time in the beginning of the film going into the character’s history and how she ended up in the house. By doing that and spending that time, it allowed me to be invested in the character as she fights off those people trying to harm her. The only problem with the screenplay was the ending, as it looked confusing and open ended. Besides that, the screenplay was very good.

This film surprised me, as I was not expecting to like this film going in. “The Seasoning House” is a very disturbing film that builds to it intense finish.