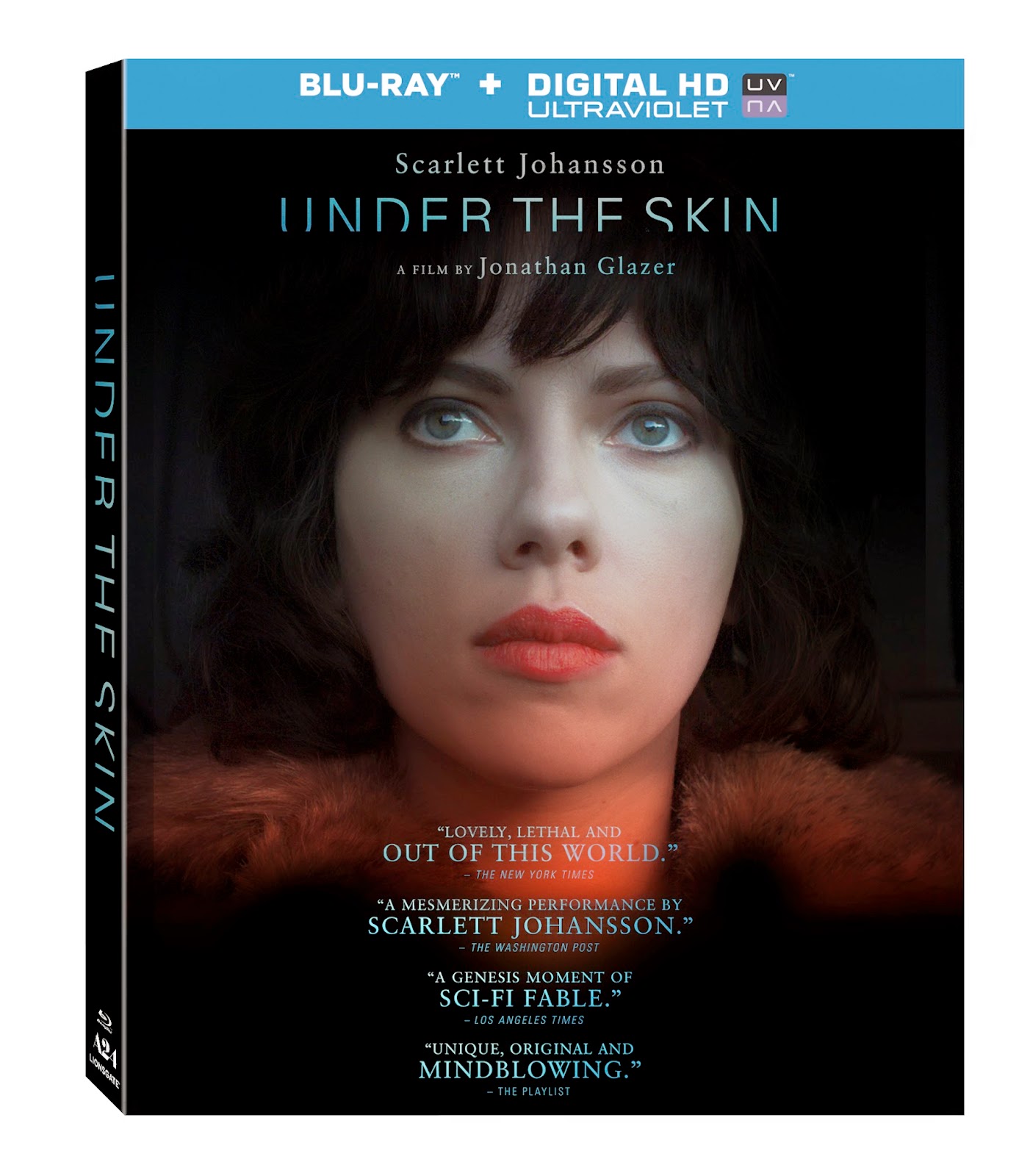 Lionsgate and A24 recently announced the upcoming DVD and Blu-Ray release of "Under the Skin". The film is directed by "Sexy Beast" and "Birth" director Jonathan Glazer and stars Scarlett Johansson (Captain America: The Winter Soldier).

Special features on the DVD and Blu-Ray include making of featurette. "Under the Skin" hits stores on July 15th.

Scarlett Johansson stars as an alien seductress in the “hypnotically beautiful” (The Atlantic) thriller Under the Skin, arriving on Blu-ray and DVD July 15 from Lionsgate Home Entertainment. The film, which was released theatrically by A24, comes from visionary director Jonathan Glazer (Sexy Beast, Birth). It is a “mind-melting masterpiece” (Village Voice) of existential science fiction that journeys to the heart of what it means to be human, extraterrestrial, or maybe something in between. Filled with Mica Levi’s mesmerizing score and stunning visual sequences, the film was nominated for the Golden Lion award at the 2013 Venice Film Festival and four awards at the 2013 British Independent Film Awards, including Best Actress (Scarlett Johansson) and Best Director (Jonathan Glazer). The “beguiling and beautiful nightmare“ (Indiewire) Under the Skin, will be available on Blu-ray and DVD, including a “making of” featurette, for the suggested retail price of $24.99 and $19.98, respectively.

A voluptuous woman of unknown origin (Johansson) combs the highways in search of isolated or forsaken men, luring a succession of lost souls into an otherworldly lair. They are seduced, stripped of their humanity, and never heard from again. Based on the novel by Michel Faber, Under the Skin examines human experience from the perspective of an unforgettable heroine who grows too comfortable in her borrowed skin, until she is abducted into humanity with devastating results.
at 7:24 PM
Labels: A24, DVD/Blu-Ray News, Lionsgate, Scarlett Johansson, Under the Skin