"Where We Started" Sets Theatrical Date in Hollywood 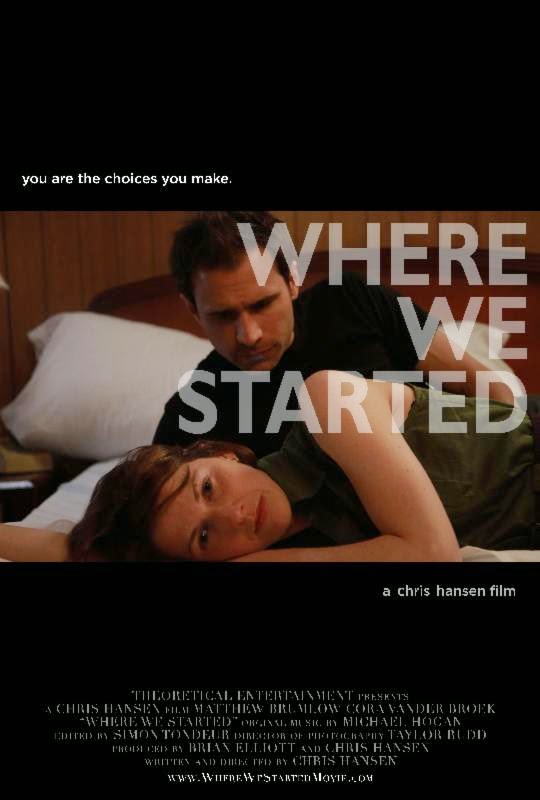 Indie Rights, Sandbox Productions and Theoretical Entertainment are excited to announce the upcoming theatrical debut of director Chris Hansen's Where We Started.   Hailed as "a simple, yet emotionally complex mini-drama," the film centers on two married strangers who have reached the age where life's disappointments begin to add up.  Far from home, they consider other options when a chance meeting leads to romance.

Where We Started opens May 2nd at the Arena Cinema in Hollywood for a weeklong run following a successful run on the film festival circuit.

When Will (Matthew Brumlow) and Nora (Cora Vander Broek), both married to other people, meet at a motel one night, their initial attraction moves quickly into a flirtation. Both struggling with increasingly difficult marriages, they quickly connect and enjoy a late night meal together.  Their initial infatuation grows as they both consider what their lives have been and what they could be. As their flirtation becomes something more, they are forced to confront their reasons for crossing a line they know they shouldn't cross.


"Where We Started": Official Trailer