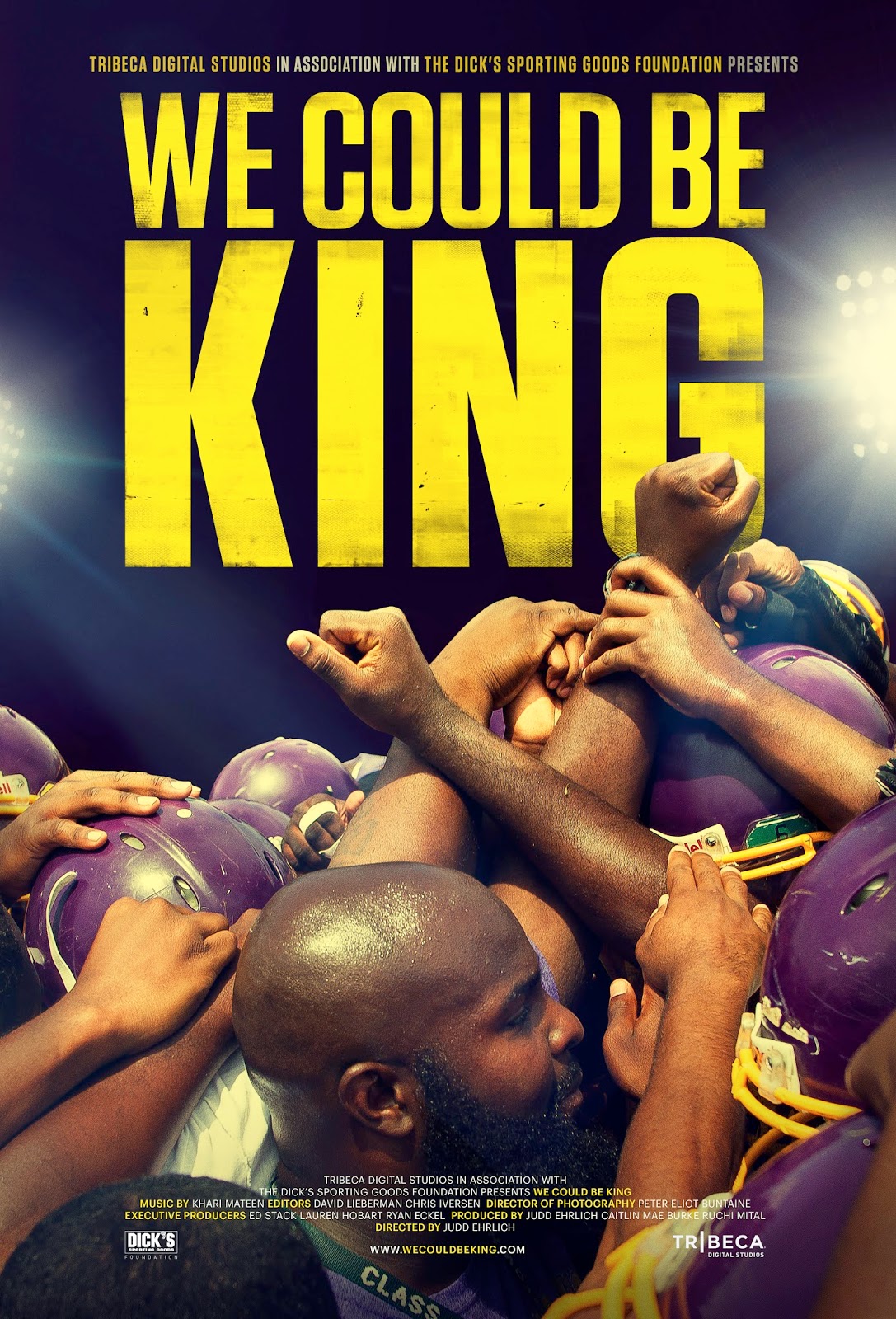 Tribeca Digital Studios in Associate with The DICK’S Sporting Goods Foundation recently send us over the trailer for the documentary "We Could Be King". The film follows the riveting true story of two rival Philadelphia high schools forced to merge due to budget cuts. Their football team’s young, rookie coach and the school’s new principal fight to overcome insurmountable odds and inspire their young players to come together and lift each other toward a better future.

"We Could Be King" opens in New York and Los Angeles ans we'll be broadcast on ESPN2 tomorrow night at 8 pm.

Germantown and Martin Luther King High Schools were bitter rivals for over 40 years. This past year, a budget crisis caused Philadelphia to lay off over 4000 employees and close 37 schools, including Germantown High. Now Germantown must merge with their former rival, King. Against overwhelming odds, a 27-year old first time head coach and a new principal fight to inspire young men from difficult circumstances to come together and lift each other toward a better future.

Two-time Emmy® nominated director Judd Ehrlich uses an intimate, unflinching lens to tell a story much larger than the Martin Luther King Cougars. As the threat of more drastic budget cuts and the loss of funding for athletics looms large, WE COULD BE KING examines the crisis of education in urban America, and celebrates the power of sports to bring young people, neighborhoods, and a city together.

"We Could Be King": Official Trailer

at 5:17 PM
Labels: Documentary, Indie News, Tribeca Films, We Could Be Kings