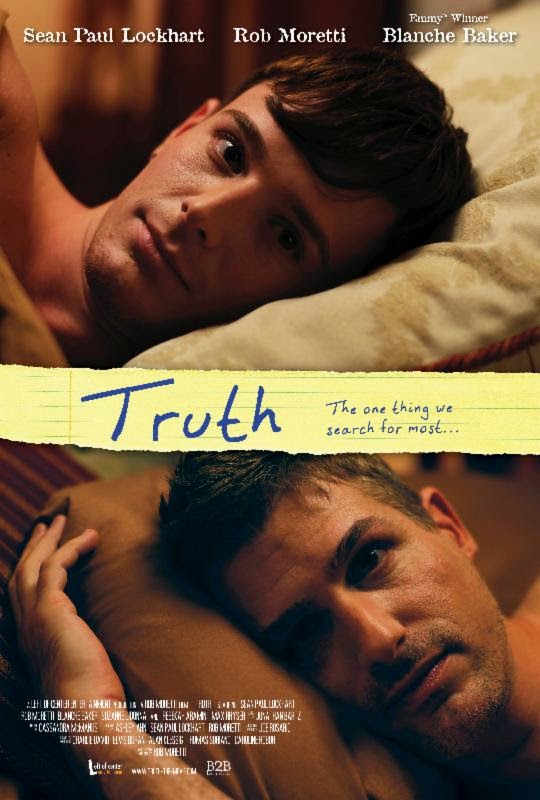 Special features on DVD includes Stranger than Fiction: The Making of Truth and deleted and extended scenes.

"Truth" hits DVD on 5/6 and is current available now through various VOD platforms.

After a chance encounter over the Internet, Caleb (Lockhart) meets and falls head over heels for Jeremy (Moretti) and soon the line between love and lies blur. Struggling to keep his past a secret, including his mentally ill mother, Caleb slowly succumbs to his darker side. A sudden turn of events finds Jeremy held captive, until Caleb's quest for the truth is revealed.

Following the film's world premiere at Philadelphia QFest, Moretti and Lockhart (who took home the festival's Rising Star Award in 2011 for Judas Kiss) have assembled an impressive list of screenings. Truth has also been screened at Chicago's Reeling Film Festival as a Love Gone Wrong centerpiece, OutonFilm Atlanta, the Homochrom Film Fest and FilmOut San Diego.

The DVD release of Truth (SRP $24.95) will include a feature length audio commentary by Rob Moretti and Sean Paul Lockhart, Stranger than Fiction: The Making of Truth and deleted and extended scenes.
at 6:04 PM
Labels: DVD News, Left of Center Entertainment, Truth