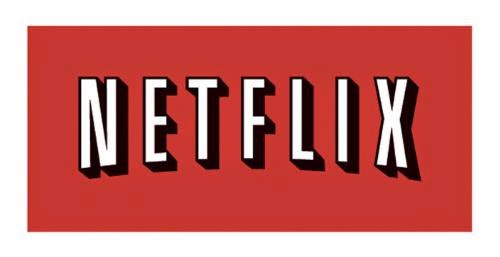 Netflix (Nasdaq: NFLX), the world's leading Internet TV network, has acquired the rights to 3D printing film "Print The Legend," the 2014 SXSW Film Festival recipient of the Special Jury Recognition Award for Editing & Storytelling in the Documentary Feature Competition. The Netflix original documentary goes behind-the-scenes of the top American 3D printing brands as they fight for dominance in the rapidly developing, groundbreaking field of 3D printing. The film will premiere exclusively on Netflix in 2014 and will be available to stream in all territories where Netflix is available.

3D printing is changing the world – from printing human organs to guns, to dismantling the world's industrial infrastructure by enabling home manufacturing. It's "the next Industrial Revolution." "Print the Legend" follows the people racing to bring 3D printing to your desktop and into your life. For the winners, there are fortunes – and history – to be made. "Print the Legend" is both a 3D Printing Documentary, capturing a tech in the midst of its "Macintosh Moment," and, even more so, a compelling tale about what it takes to live the American Dream.

"It's so rare for a film to capture history in the making, and Luis Lopez and Clay Tweel have done just that in their skillful presentation of the elation and betrayals experienced by young entrepreneurs detailing the groundbreaking technology of 3D printing," said Lisa Nishimura, Netflix VP of Original Documentary and Comedy. "This is a compelling glimpse into a game changing technology as it nears an inflection point going from the fantasy world of a few obsessed visionaries to a must-have technology that may enter every home."

"From the day we knew the 3D printing world would be our focus, we set our sights on a SXSW premiere," said Luis Lopez, Clay Tweel, and producer Steven Klein. "To premiere in front of the most tech savvy and entrepreneurial festival crowd in the world and partner with the Netflix documentary team - who work brilliantly at the cutting edge of distribution - is truly a dream come true."

The film delves into the people behind the machines and asks tough questions about the industry's creative drive to enable consumers to produce anything from trinkets to handguns, including being there with provocateur Cody Wilson as he uploads his printable-gun files to the internet, setting off a worldwide media firestorm. The film roots its core story in the rise and challenges of start-ups MakerBot and Formlabs as they vie to release consumer models and control the narrative of their market to compete with established industrial players Stratasys and 3D Systems.

"Print the Legend" was directed, shot, and edited by Luis Lopez & Clay Tweel ("Make Believe" and "The King of Kong") and produced by Steven Klein ("Make Believe"). The project was developed, produced, and financed by Chad Troutwine ("Freakonomics") and Audax Films, led by Co-Producer Andrew Kortschak ("Gore Vidal: The United States of Amnesia") and Executive Producer Walter Kortschak. The film was also produced by Dan O'Meara ("By The People: The Election of Barack Obama"). Exhibit A Films, including producer Seth Gordon ("Undefeated," "Mitt," "The King of Kong") and Executive Producer Mary Rohlich ("Make Believe"), led the filmmaking team throughout and brought on longtime collaborators Clay, Luis, and Steven.
at 3:49 PM
Labels: Documentary, Indie News, Netflix, Print the Legend