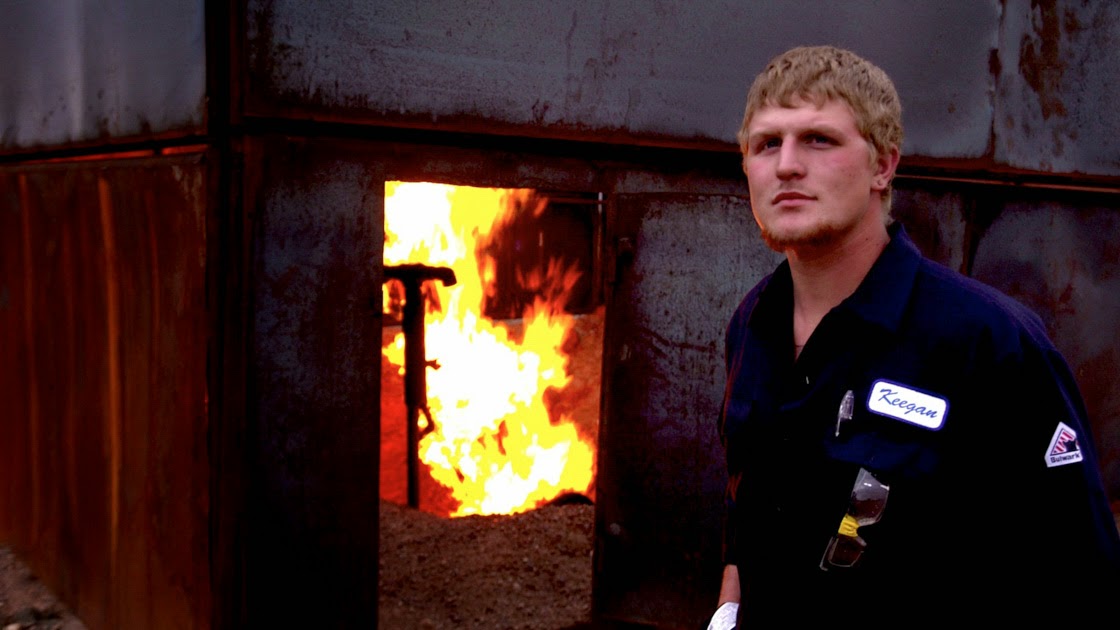 Drafthouse Films send us information that they've acquired Sundance Film Festival award winner "The Overnighters". The film played at this year's Sundance Film Fesival, where it won  received a "Special Jury Award for Intuitive Filmmaking". "The Overnighters" will be making its New York premiere at the Tribeca Film Festival with a late 2014 release.

Drafthouse Films, the film distribution arm of the Alamo Drafthouse Cinema, announced today it has acquired North American theatrical, home video, transactional and other rights to Jesse Moss' riveting documentary The Overnighters from The Film Sales Company. The film chronicles the plight of desperate men as they chase their dreams and run from their demons in the North Dakota oil fields while a devoted Pastor risks everything to help them. The Overnighters made its World Premiere at this year's Sundance Film Festival where it received a "Special Jury Award for Intuitive Filmmaking" and its New York Premiere is set to take place at the upcoming Tribeca Film Festival. A theatrical release is planned for late 2014.A portion of all box office receipts will be donated to local affordable housing charities.

Filmmaker Jesse Moss spent 18 months in North Dakota as a one-man-documentary-crew intimately capturing extraordinary portraits of broken men and examining the tension between the moral imperative to "love thy neighbor," and the response of one small town congregation and community when confronted by an influx of desperate strangers.

In the midst of the struggling economic climate of the United States, the oil business in small town Williston, North Dakota is booming. Thousands of desperate men and women are flocking to the region in search of work with little more than the clothes on their backs or the cars they arrived in. The great demand for housing has overwhelmed the community with many of those who have found employment without a place to live. Pastor Jay Reinke of Concordia Lutheran Church is under fire from the City Council, his community and the local newspapers for his heartfelt desire to open the church's doors to allow the "overnighters" - as he calls them - to stay for a night, a week or sometimes even longer, sleeping on the floor, in the pews and in their cars in the Church parking lot. When the town learns that Reinke is housing men with criminal records,and a mounting controversy peaks within the pastor's personal life, even his diehard quest for humanity can't stop things from spiraling vastly out of control.

The film has been praised by critics including Indiewire's Eric Kohn who says its "one of the most remarkable examples of layered non-fiction storytelling to come along in some time." And David Rooney at The Hollywood Reporter praises the film calling it, "riveting...superior documentary filmmaking."

"I have shown the film to a small group of friends and family.  After each screening, a lengthy and heated discussion has arisen on the themes of the American dream, forgiveness, what it means to be a good person.  We hope to take this spectacularly thought-provoking documentary all the way to the Oscars in 2015," says Drafthouse founder Tim League.
at 3:57 PM
Labels: Documentary, Drafthouse Films, Indie News, The Overnighters