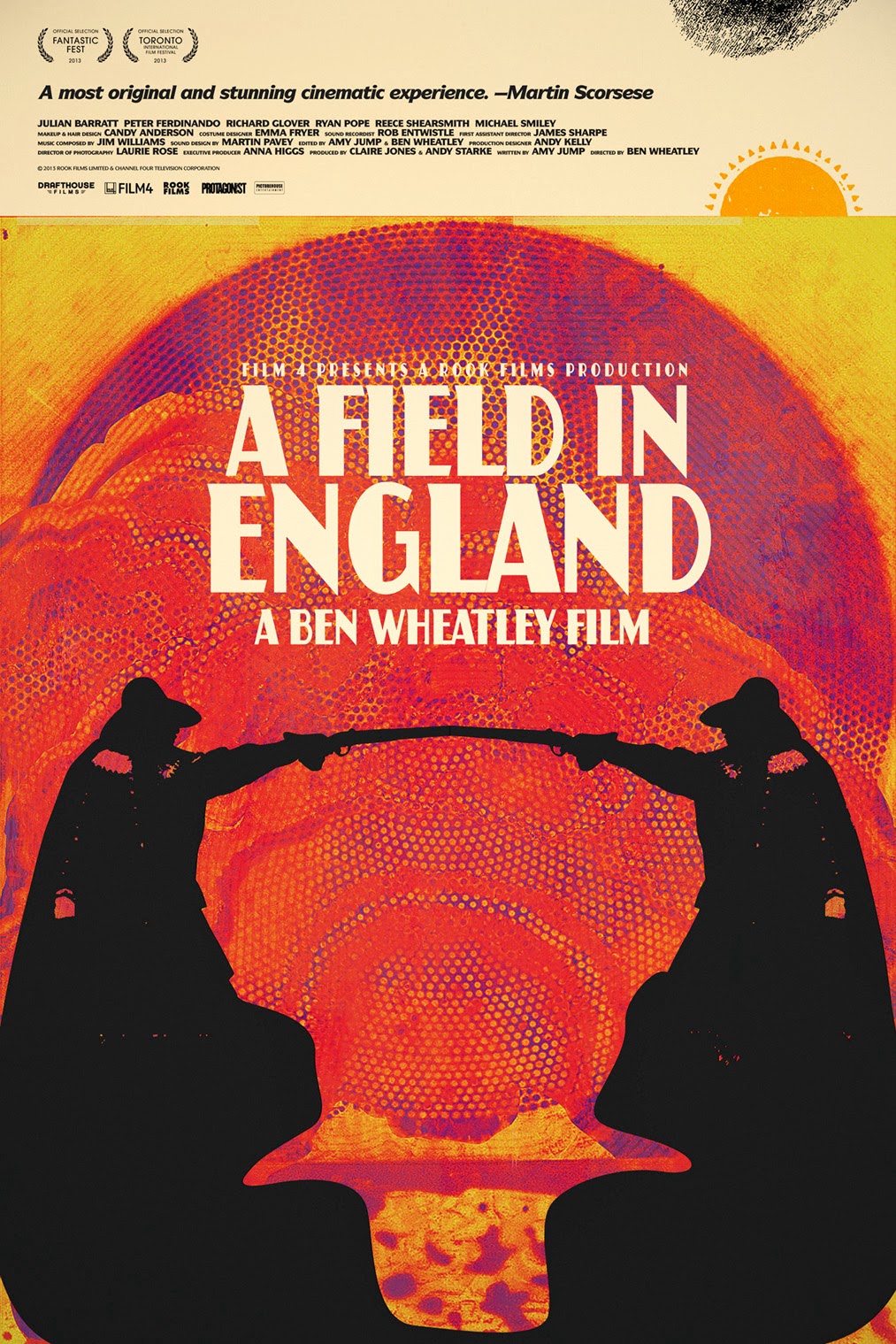 From Drafthouse Films and director Ben Wheatley comes the original horror film A Field In England, available on DVD and Blu-ray April 8. This is the fourth feature film from writer/director Ben Wheatley, whose credits include the highly acclaimed tour-de-force thriller Kill List, the Edgar Wright-produced 2012 Cannes Film Festival selection Sightseers, and a segment in anthology horror film The ABCs Of Death. Billed as "a psychedelic trip into magic and madness," A Field In England follows a group of English Civil War soldiers in the 17th century who are captured by an alchemist and led into a vast mushroom field, where they fall victim to violent and nightmarish forces. A Field In England will be distributed on home video by Cinedigm, at an SRP of $29.95 for Blu-ray and $27.95 for the DVD.

Wheatley's work has been lauded by both critics and moviegoers, placing him at the forefront of a new-wave in contemporary cinema emerging from the festival circuit dubbed "art-house horror." Chris Hewitt of Empire Magazine has proclaimed, "in only three years, Ben Wheatley has gone from unknown to one of the UK's most exciting, hilarious and most violently disturbing filmmakers."

England: 1648 AD. A small group of deserters flee from a raging battle through an overgrown field. They are captured by two men: O'Neil and Cutler. O'Neil (Michael Smiley), an alchemist, forces the group to aid him in his search to find a hidden treasure that he believes is buried in the field. Crossing a vast mushroom dowcircle, which provides their first meal, the group quickly descend into a chaos of arguments, fighting and paranoia, and, as it becomes clear that the treasure might be something other than gold, they slowly become victim to the terrifying energies trapped inside the field. A Field In England is a psychedelic trip into magic and madness from Ben Wheatley - award-winning director of Down Terrace, Kill List and Sightseers.
at 6:50 PM
Labels: A Field In England, Drafthouse Films, DVD/Blu-Ray News