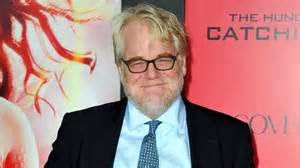 This is sad day in Hollywood, as Academy Award winner Philip Seymour Hoffman was found dead in his Hollywood apartment this morning. Rumors going around that cause of death was an apparent drug overdose.

Philip Seymour Hoffman started to gain notoriety in Paul Thomas Anderson’s Boogie Night in 1997. From there, he would appear in films such as “The Big Lebowski”, “Almost Famous”, “Magnolia” and "The Talented Mr. Ripley".

His big break would come in 2006 as Truman Capote in “Capote”, where he won the Academy Award for Best Actor. He would also be nominated three time for Best Supporting Actor for "Charlie Wilson’s War" in 2008, “Doubt” in 2009 and “The Master” in 2013.

Most recently, he stared in “God’s Pocket” and “A Most Wanted Man” which both played at the Sundance Film Festival last month. Also, he recently appeared in “The Hunger Games: Catching Fire” and was slated to be part of “The Hunger Games: Mockingjay Part 1 and 2” before his death.

Philip Seymour Hoffman was 46 at the time of his death.