"On the Job" Review - Written by Anthony T 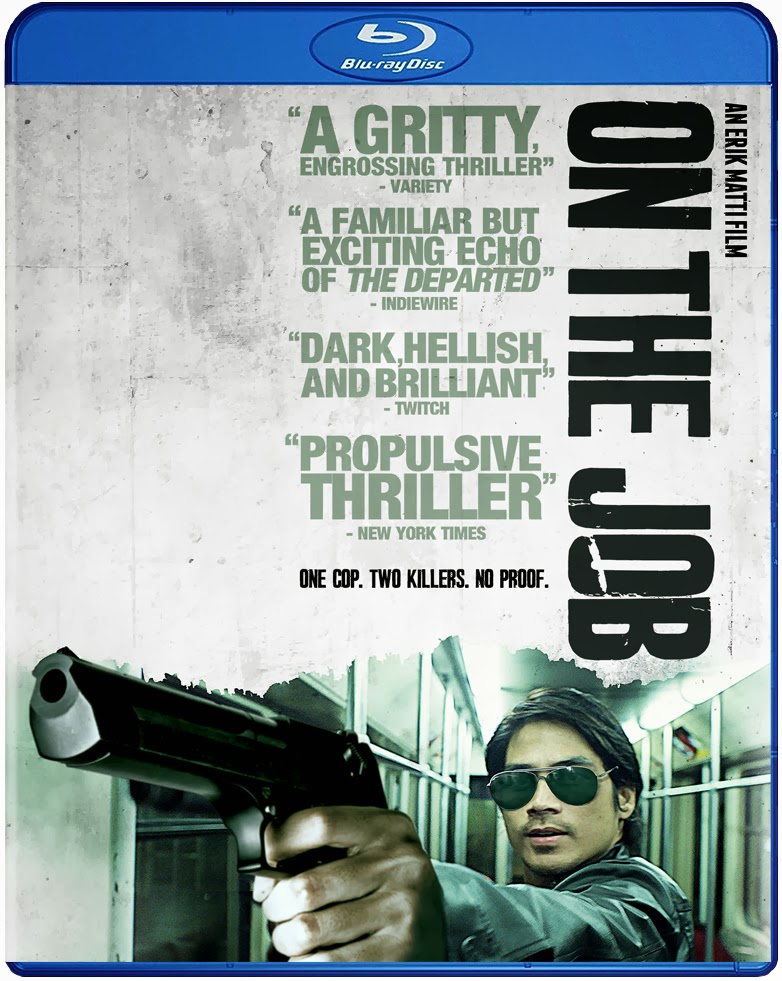 Sometimes there’s a film where you see quotes on the cover from various trade publications like Variety, Twitch, and the New York Times praising a certain film. It almost immediately catches my interest. This was the case with the Filipino film “On the Job”. I had no interest seeing the film, because of not hearing about it before hand. But after seeing those quotes on the box, I was interested with this film.

The film is about a drug dealer who gets murdered in cold blood. A police sergeant (Joey Marquez) and a federal agent (Piolo Pascual) head an investigation in the dealer’s death.  Their trail to the murderer gets cold, as no one will talk to them. The two discover the drug dealer’s death as part of a deadly conspiracy. They soon discover the people who murder him were prison inmates who were released temporary from jail to do the job. Now, the two are caught up in something that they couldn’t imagined. Entangled with political deceit and corruption, they become targets of government official who will stop at nothing to cover their crimes up.

I know that it’s early to start talking about the best of 2014, but “On the Job” is an early candidate for the best of 2014. This is a very dark and gritty action drama from start to finish.

Erik Matti’s direction was very good here. One of the things that makes his direction work so well was the fact that everything moves at brisk pace. Whether it the way the film was shot to how the intense action pieces and dramatic scenes were created, everything kept me interested with the film. Matti also does a great job with the way that he handles his cast. The cast in this film was great. Matti does a great job making sure he get the performances that he needs, as their performances fit the film’s dark and sometime bleak tone very well with its screenplay. It makes them standout from other action dramas of this nature.

The screenplay written by Matti and Michiko Yamamoto was also very good. One of the things that I truly liked about this screenplay was the way that the film’s tone felt dark and bleak through the course of the film. The writers do a great job making everything feel very gritty. It makes everything from the story to the action scenes work so well that it kept my interest. That also helped made the ending work so well, as it fits into everything that goes on. The other thing that screenplay do well was develop its scenes and characters. From the characters to the some of the film’s climatic scene, everything was build up very well.  The writer do a very good job making sure that there’s payoff to those scenes. Whether it’s good or bad, you get a reaction to them which makes this film very good in the end.

If you’re a fan of “Infernal Affairs” or “The Departed”, you will enjoy watching this film. “On the Job” is a very and dark and gritty crime thriller that boasts great direction from Erik Matti and an entertaining story that keeps you’re interested.