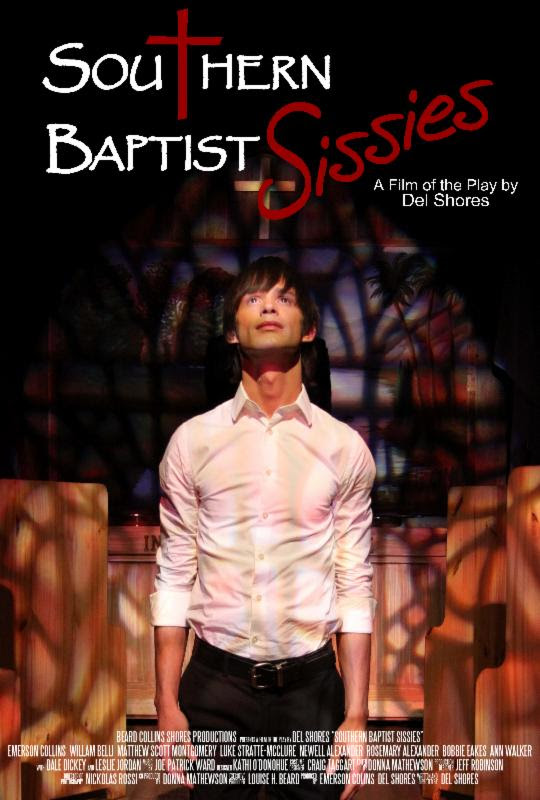 Southern Baptist Sissies is a unique hybrid of stage and film funded through an enormously successful crowd-sourcing campaign with Indiegogo.  Filmed in ten days in front of four live theatre audiences and completed with a film shoot on the theatrical stage, Southern Baptist Sissies tells the hysterical and heart-wrenching story of four boys growing up gay in the Southern Baptist church and their individual struggles to reconcile their sexuality with the anti-gay teachings of the church.


Southern Baptist Sissies had its world premiere at Outfest in Los Angeles followed by twenty-four film festival appearances with many sold-out screenings at straight and LGBT-focused film festivals across the country stirring conversation and controversy with last minute additional screenings added to allow larger audiences in many venues and a screening in Stillwater, Oklahoma that was shut down by a venue owner because of objections over the film's exploration of the gay experience inside dogma-driven religion.  In spite of the close-minded reaction of the venue, the film went on to win Best Feature and Best Actor for star Emerson Collins at the Red Dirt International Film Festival in Stillwater.