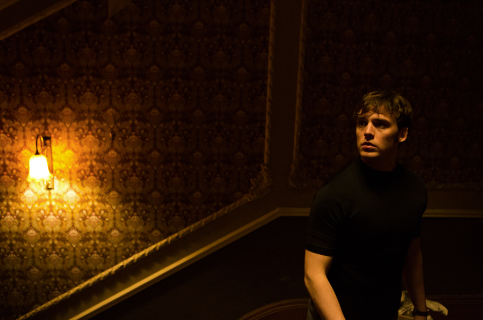 Lionsgate and Hammer Studios recently send us over the official trailer and first still for their upcoming release "The Quiet Ones". The film stars Jared Harris (Mad Men), Sam Claflin (The Hunger Games: Catching Fire), Erin Richards, Rory Fleck-Byrne, and Olivia Cooke (Bates Motel). "The Quiet Ones" hits theaters on 4/25.

For more information on this film, you can visit the film's official Facebook page at:  https://www.facebook.com/thequietonesmovie

A university student (Sam Claflin of The Hunger Games: Catching Fire) and some classmates are recruited to carry out a private experiment -- to create a poltergeist. Their subject: an alluring, but dangerously disturbed young woman (Olivia Cooke of Bates Motel). Their quest: to explore the dark energy that her damaged psyche might manifest. As the experiment unravels along with their sanity, the rogue PHD students, led by their determined professor (Jared Harris of Mad Men), are soon confronted with a terrifying reality: they have triggered an unspeakable force with a power beyond all explanation. Inspired by true events, The Quiet Ones is directed by John Pogue from a screenplay by Craig Rosenberg and Oren Moverman and John Pogue, and based on a screenplay by Tom de Ville.


"The Quiet Ones": Official Trailer