Image Entertainment's "The Invoking" Set to Scare Your Living Room 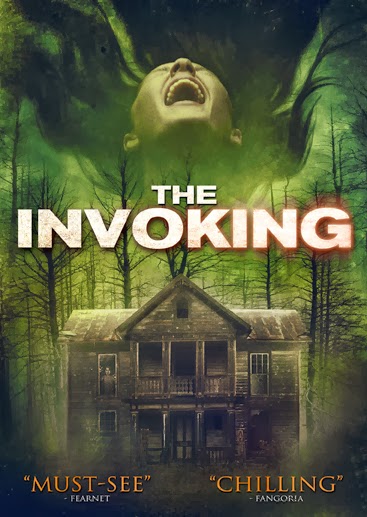 Image Entertainment recently send us information about their upcoming DVD release "The Invoking". The film has been receving postive reviews on such sites as Fear Net and Fangoria.

Special features on the DVD include Commentary with Writer/Director Jeremy Berg, Producer Matt Medisch and Writer/Producer John Portanova, Commentary with actors Trin Miller, D’Angelo Midili and Andi Norris and Behind the Scenes Documentary. "The Invoking" haunts DVD retailers on 2/18.

After inheriting a house from the family she never knew, Samantha Harris (Trin Miller) and three friends head to rural Sader Ridge to inspect the property. Soon after arriving, Sam begins to experience horrific visions of savage brutality and unspeakable evil. Plagued by the sinister forces closing in around her, Sam descends into a waking nightmare when the demons from her past refuse to stay buried any longer.
Special Features Include:

· Behind the Scenes Documentary.
at 2:06 PM
Labels: DVD News, Image Entertainment, The Invoking