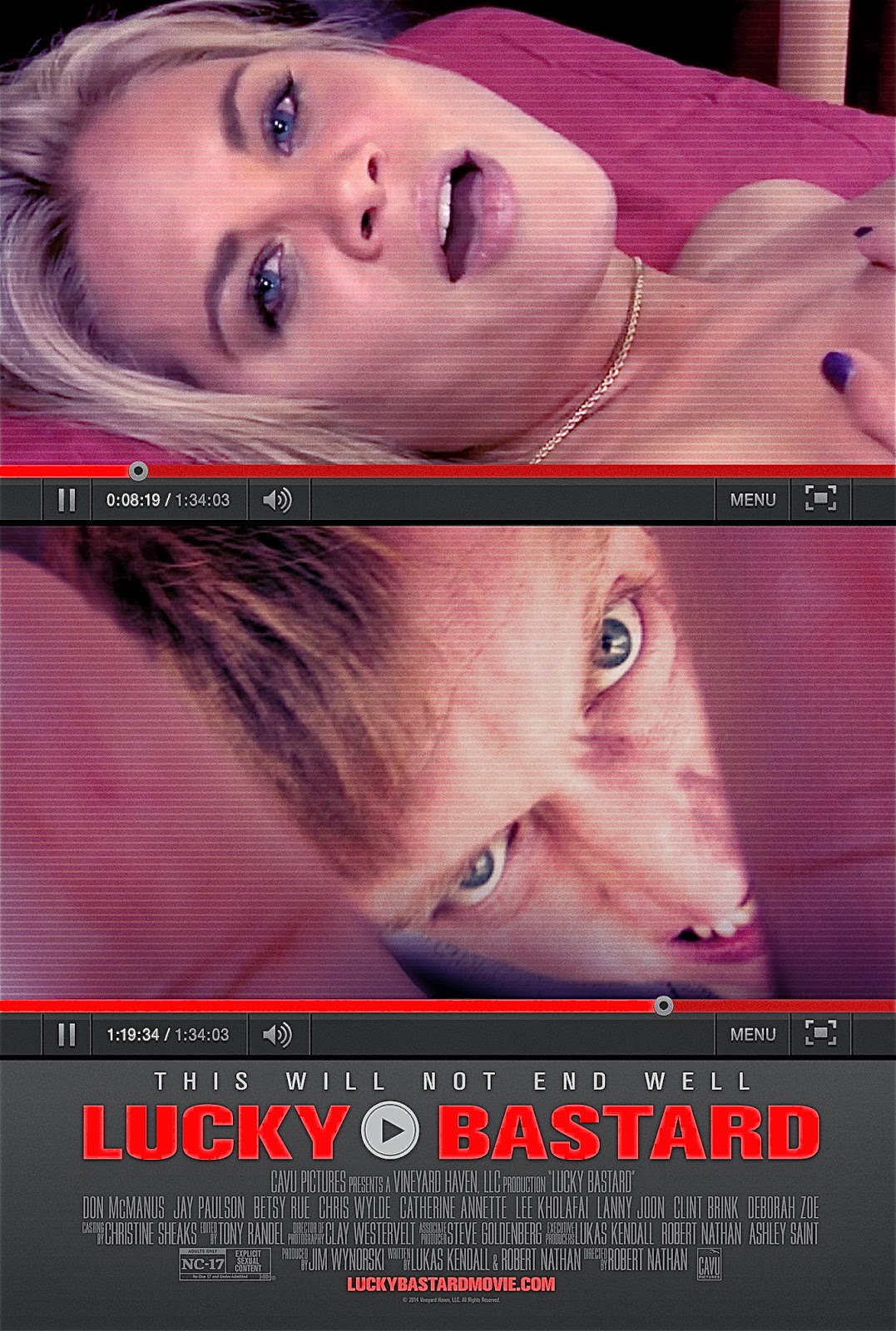 CAVU Pictures recently send us over the official Greenband trailer for the upcoming NC-17 found- footage horror film "Lucky Bastard" The film is directed ans co-written by veteran television writer-producer Robert Nathan, best known for his Emmy-nominated work on Law & Order, and who is also an award-winning novelist and journalist. "Lucky Bastard" hits theaters on February 14th in New York, March 7th in LA, and will expand into additional cities throughout the spring.

For more information on this film, you can visit the film's official website at: http://www.luckybastardmovie.com/.

The “Lucky Bastard” employees treat their work matter-of-factly. Mike once clearly had more serious artistic ambitions, but now he runs the company and directs all of the “Lucky Bastard” website’s content. Ashley, the website’s most popular performer, initially refuses to participate because she knows the winner will be humiliated by the experience, but ultimately gives in when offered extra money. And the contest winner, Dave, an unassuming and shy young man, finds himself driven by shame and humiliation into committing the most horrifying acts imaginable.