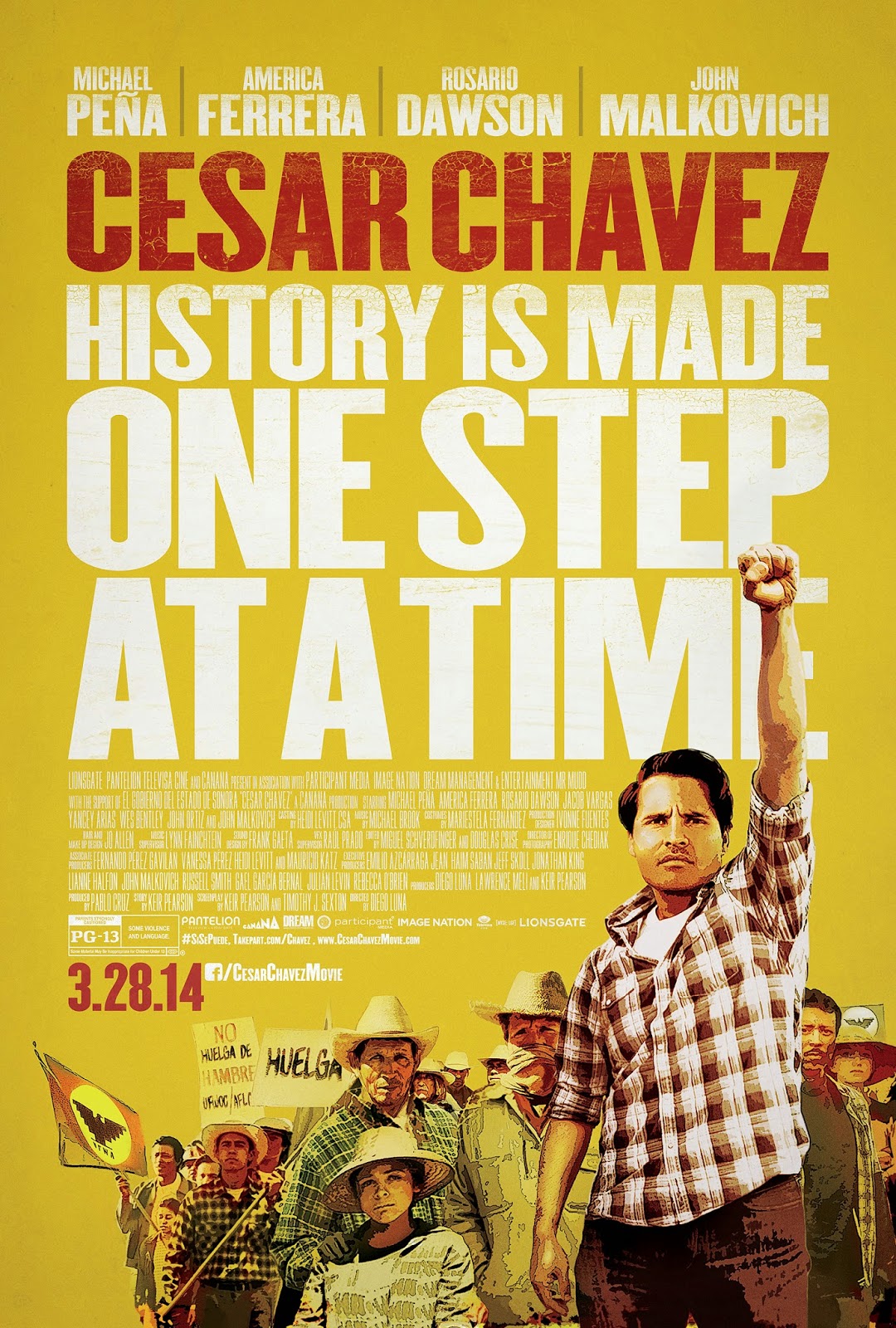 Pantelion Films, the joint venture between Lionsgate (NYSE: LGF) and Televisa, and Participant Media are excited to announce the North American Premiere of Cesar Chavez at the 28th annual South By Southwest Film Festival in Austin, Texas. A powerful cinematic portrait of the legendary activist, Cesar Chavez is directed by Diego Luna and stars Michael Pena (End of Watch), America Ferrera (Ugly Betty), Rosario Dawson (Sin City) and John Malkovich (In The Line of Fire).

"I'm thrilled that Cesar Chavez will have its North American Premiere at SXSW," said Luna. "Cesar Chavez planted hope in a community that had learned to live without it. Making an entire country look at a reality it had previously chosen to ignore, and as a longtime fan of the festival, it's an honor to be selected and to have the opportunity to share the film with the local community and the world."

Directed by Diego Luna, Chávez chronicles the birth of a modern American movement led by famed civil rights leader and labor organizer, Cesar Chavez. Torn between his duties as a husband and father and his commitment to bringing dignity and justice to others, Chavez embraced non-violence as he battled greed and prejudice in his struggle for the rights of farm workers. His triumphant journey is a remarkable testament to the power of one individual's ability to change the system. Cesar Chavez opens in theaters nationwide on Friday, March 28, 2014.
at 4:03 PM
Labels: 2014 SXSW, Diego Luna, John Malkovich, Lionsgate, Michael Pena, News, Pantelion Films