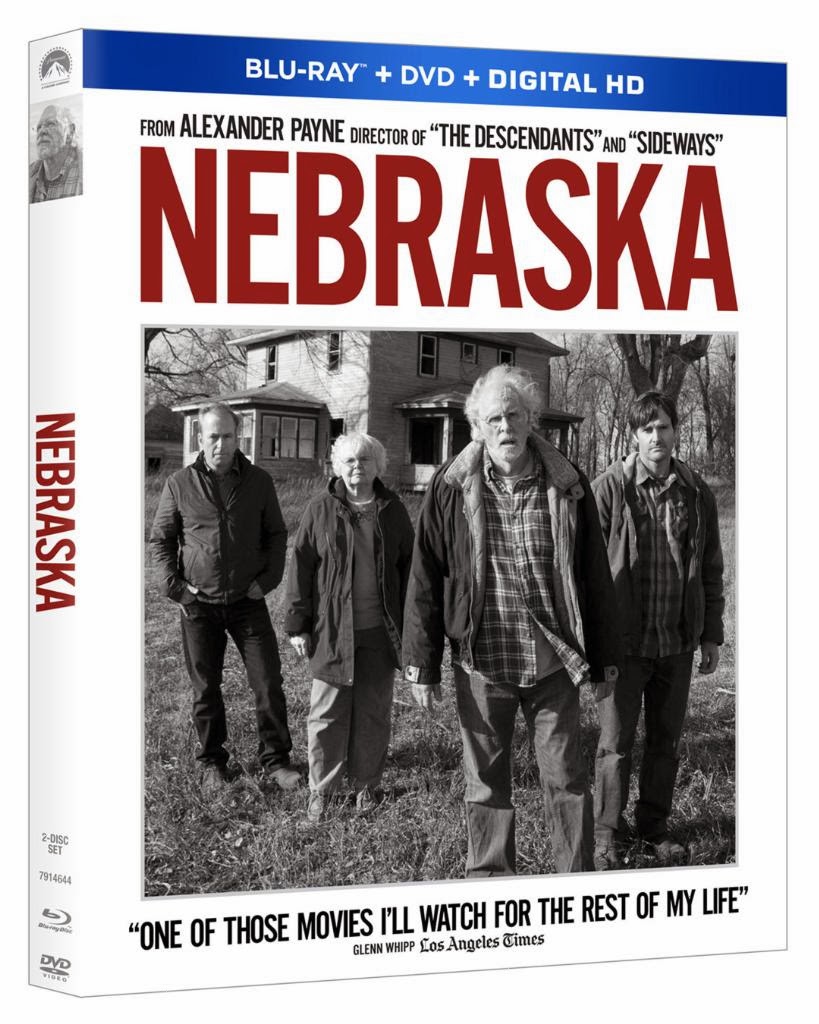 There are no special features announces for the DVD, but the Blu-Ray will have "The Making of Nebraska" featurette. "Nebraska" hits stores on 2/25.

From Academy Award-winner Alexander Payne, the director of Sideways and The Descendants, comes the captivating story of a father (Bruce Dern) and his adult son (Will Forte) who embark on a journey to claim a million-dollar prize; what begins as a fool's errand becomes a search for the road to redemption.

The film will be available in a Blu-ray Combo Pack with UltraViolet™ and an in-depth look at the making of the film, as well as on a single-disc DVD